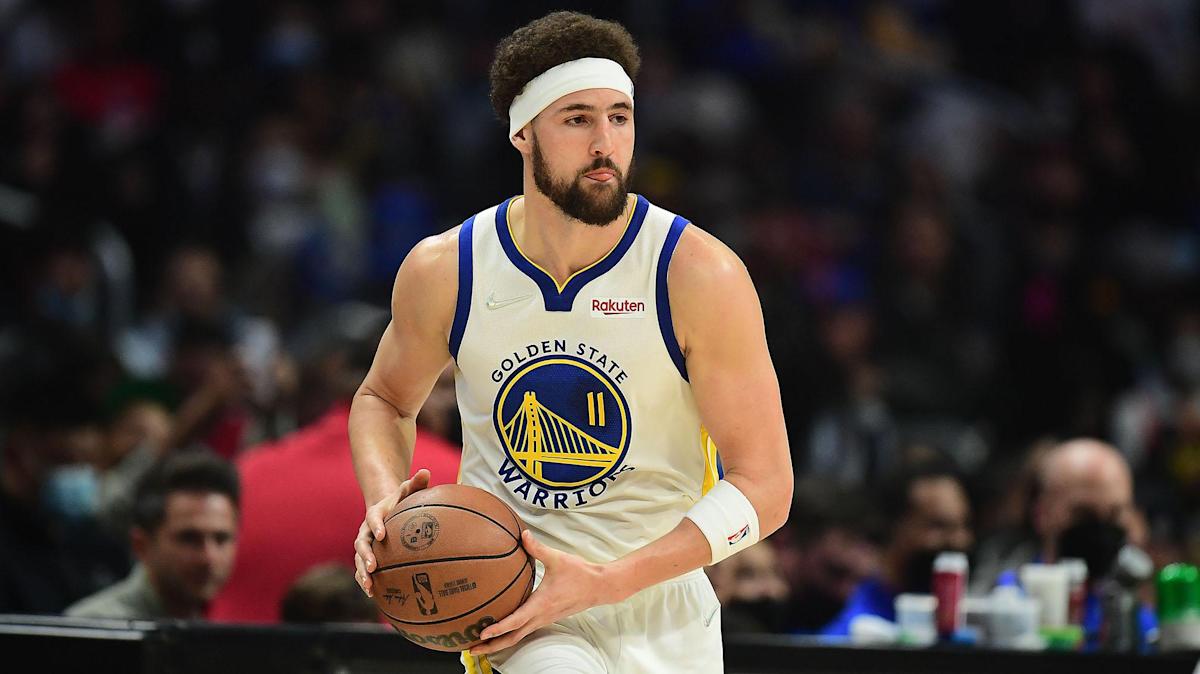 Editor’s Note: Now, all our premium tools for Fantasy, DFS, and Betting are included in one subscription at one low price. Customers can subscribe to NBC Sports EDGE+ monthly ($9.99) or save 20% on an annual subscription ($95.88). And don’t forget to use promo code SAVE10 to get 10% off. Click here to learn more!

While Sunday’s NBA schedule will be empty, there will be two decisive Game 7’s played on Sunday. With the Mavericks and Suns already going the distance, the Celtics and Bucks joined the party, thanks in large part to the mastery of Jayson Tatum. And in Friday’s other matchup, Golden State closed out Memphis as “Game 6 Klay” made his triumphant return.

For the second consecutive game, Boston held a 14-point lead during the second half. This time, however, they did not blow said advantage with Jayson Tatum being the biggest reason as to why. Shooting 17-of-32 from the field and 5-of-7 from the foul line, he tallied a playoff career-high 46 points to go along with nine rebounds, four assists, one blocked shot, and seven 3-pointers in 43 minutes. As a result, this series is headed back to Boston for a decisive Game 7, which will be played Sunday afternoon.

Boston was once again without starting center Robert Williams, who’s still dealing with soreness in his left knee that’s been caused by a bone bruise. Prior to the game, Celtics coach Ime Udoka said that Williams won’t be back in the lineup until he’s 100%, so there’s no guarantee that he’ll be available for Game 7. Grant Williams (2/5/1/2 in 28 minutes) remains the preferred fill-in for Williams, but Derrick White (9/5/2/2 with one 3-pointer in 30 minutes) has been the better alternative for DFS players (he and Grant W. obviously don’t have the same position eligibility).

Al Horford (2/10/3/1/4) was quiet offensively, shooting 1-of-6 from the field, but made up for that (to a certain extent) with the five “stocks.” DFS players should feel secure in slotting the veteran center into their lineups, especially with the Time Lord sidelined. Jaylen Brown (22/5/4/0/1 with four 3-pointers) and Marcus Smart (21/5/7 with five 3-pointers) supplemented Tatum’s offensive masterclass, providing more value than Milwaukee’s secondary options.

Milwaukee stuck with Grayson Allen (3/3/1) in its starting lineup, but he continues to offer little in the way of production. Playing 22 minutes, he shot 1-of-7 from the field and did not play at all during the fourth quarter. Pat Connaughton (14/4/2 with two 3-pointers in 33 minutes) was Mike Budenholzer‘s preferred option in crunch time and with good reason, as he has been productive offensively and the Celtics can’t “hunt” him defensively as they have Allen. The starting lineup may remain the same for Game 7, but DFS players would be better served to roll with Connaughton when looking for low-cost options.

Giannis Antetokounmpo (44/20/6/1/2 with two 3-pointers in 41 minutes) did what he could to put the Bucks on his back and end the series, but he didn’t get enough help offensively. In FanDuel, the reigning NBA Finals MVP racked up an impressive 80 points, and that with six turnovers on his stat line. Antetokounmpo shot 14-of-30 from the field and 14-of-15 from the foul line on Friday, and he’ll once again be the centerpiece of many lineups in Game 7. Jrue Holiday (17/2/4/3/2 with three 3-pointers) shot 7-of-17 from the field, and he’s now shooting 35.5% from the field in this series.

The quality of looks that Holiday has been able to get in this series is one of the many examples of why the injured Khris Middleton is so important to the Bucks. Maybe he’ll be able to return for the conference finals, which will begin Tuesday night in Miami, but Milwaukee has to get there, and that won’t be easy. Outside of Holiday and Antetokounmpo, no other Bucks starter scored in double figures. They’re going to need more from Brook Lopez (6/3/0/1), who only played 19 minutes, and backup Bobby Portis (four points, 10 rebounds in 29 minutes).

The App is Back! Don’t forget to download the NBC Sports EDGE app to receive real-time player news, and mobile alerts and track your favorite players. Plus, now you can check out articles and player cards. Get it here!

Both teams were down rotation players due to injury on Friday, with Ja Morant (knee) remaining sidelined for the Grizzlies and Golden State’s Otto Porter (foot) sitting as well. The Warriors would close out the series, pulling away in the fourth quarter as Klay Thompson had his best game of the series. Shooting 11-of-22 from the field, “Game 6 Klay” scored 30 points to go along with eight assists, two steals, three blocks, and eight 3-pointers in 41 minutes. Thompson’s big night helped the Warriors win despite committing 17 turnovers, and Stephen Curry (29/7/5/1/2 with six 3-pointers) and Jordan Poole (12/3/2/0/1 with two 3-pointers) combined to shoot 14-of-42 from the field.

After scoring 21 points or more in three of Golden State’s five games in the first round, Thompson had just one such effort prior to Friday’s second-round series finale. And one cannot ignore the impact that the Warriors’ lineup change had on the outcome. Kevon Looney was back in the starting lineup, giving the Warriors a better matchup for Steven Adams (4/10/3/0/1), and he was unquestionably a star in his role. Looney may have scored just four points, but he corralled 22 rebounds while also tallying five assists, and one blocked shot in 35 minutes.

His DFS potential in the conference finals will likely depend upon who the opposition is. If it’s Phoenix, then Looney’s rotation minutes should be secure. Dallas, on the other hand, can be trickier since they really don’t have a “true” center in their rotation.

Andrew Wiggins (18/10/0/1/3 with three 3-pointers) was especially impactful defensively, as he helped limit Tyus Jones (7/9/8/2 with one 3-pointer) to 2-of-12 shooting from the field. Draymond Green (14/16/8/1) was also a beast on the glass, hitting double figures in the rebounding category for the third time in this series. Porter’s absence meant that the Warriors went with a shorter rotation, as Jonathan Kuminga was a DNP-CD. Game 1 of the Western Conference Finals isn’t until Tuesday, which gives Porter a little extra time to get back (or at least close) to full strength.

Once again playing without Morant, Memphis didn’t have much margin for error on the offensive end of the floor. Jones’ struggles put the Grizzlies in a tough spot, as did the inefficiency of Dillon Brooks (30/4/1/3/1 with seven 3-pointers) and Jaren Jackson Jr. (12 points, four rebounds, four blocks, and one 3-pointer). Those two combined to shoot 16-of-47 from the field, and Brandon Clarke (8/4/4/1) also struggled, going 2-of-10. The issue for Brooks and JJJ from a fantasy standpoint is the field-goal percentage category, as they shot 43.2 and 41.5 percent from the field, respectively, during the regular season. Becoming more efficient scorers would make those two far more dangerous players, whether we’re talking fantasy basketball or their importance to the Grizzlies’ rotation.

Desmond Bane (25/7/2/0/1 with four 3-pointers) looked as good as he did at any point in this series, as he has been bothered by a back injury. A top-50 player in both 8- and 9-cat formats, that feels like Bane’s floor heading into 2022-23, rather than his ceiling. There are some factors to take into consideration, most notably whether or not the aforementioned Jones (who will be an unrestricted free agent) returns to Memphis. His exit could mean more time on the ball for Bane, especially if De’Anthony Melton doesn’t see an increase in opportunities to run the show.