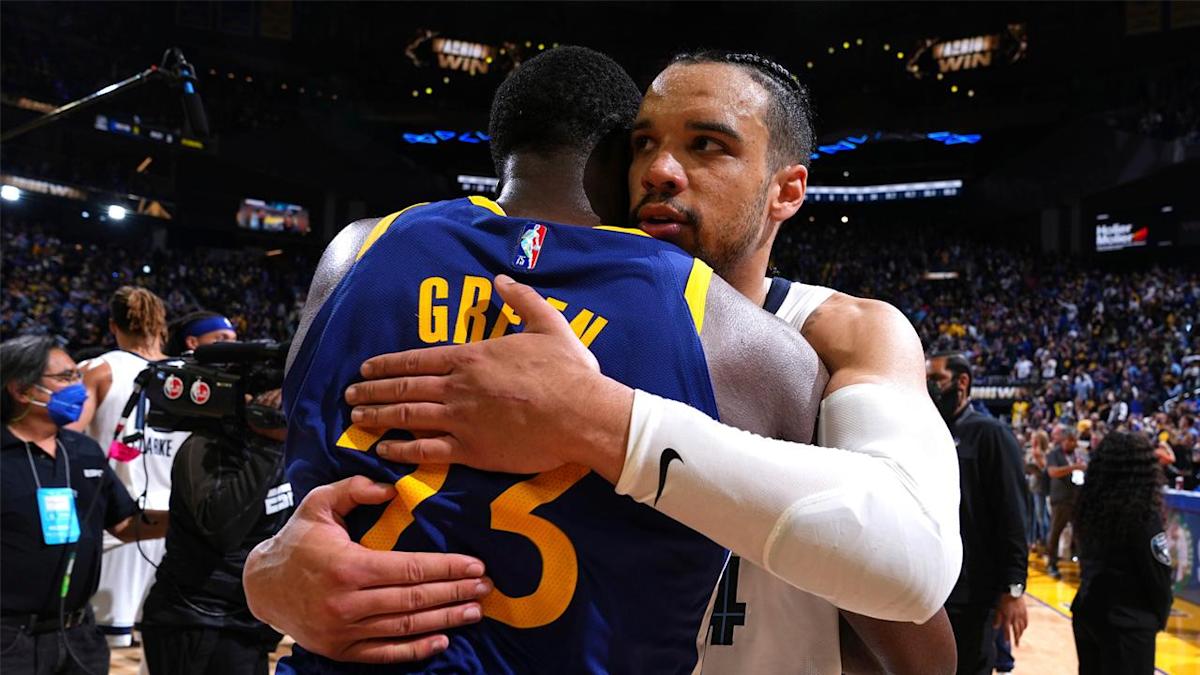 The Warriors are a talented bunch with a blend of up-and-coming stars and, of course, their seasoned core of experienced veterans.

That NBA playoff wisdom helped Golden State advance to the Western Conference finals with a 110-96 close-out victory over the Memphis Grizzlies in the second round at Chase Center on Friday night, but Dillon Brooks had a different name for it after the game.

The Warriors’ starting lineup in Game 6 had an average age of 30.2 years, while the Grizzlies’ lineup was an average of five years younger at 25. The advantage of that age gap, however, showed in the box score.

But along with Klay Thompson, 26-year-old Brooks tied the game-high with 30 points on Friday — a complete turnaround from his performances in Games 4 and 5 after serving a Game 3 suspension for breaking Gary Payton II’s elbow with a Flagrant 2 foul in Game 2.

Despite being at the center of plenty of scrutiny and roaring boos from Dub Nation for the play that injured Payton, Brooks chalked it up with Warriors players on the court after the game on Friday and said there was “100 percent” a mutual respect between the two teams following the Western Conference semifinals.

He also laid on the compliments for Game 6 Klay and Steph Curry, who combined for 59 points in their “old” age during Game 6.

“That’s the way I play. I play for the respect,” Brooks said. “I play for my peers to respect me. It’s good motivation, good learning playing against what are the two best shooters in history, and going against them is an amazing feeling.”

The Warriors were able to exact revenge on the Grizzlies this year after Memphis ended their 2020-21 season by defeating them in the play-in tournament.

RELATED: Klay gets in Brooks’ face after Flagrant foul shove on Steph

Now, Brooks is looking forward to the continued rivalry, no matter the age of his opponents.

“It’s great for us, and we’re going to take this throughout the summer and [be] ready to do it again,” he said.