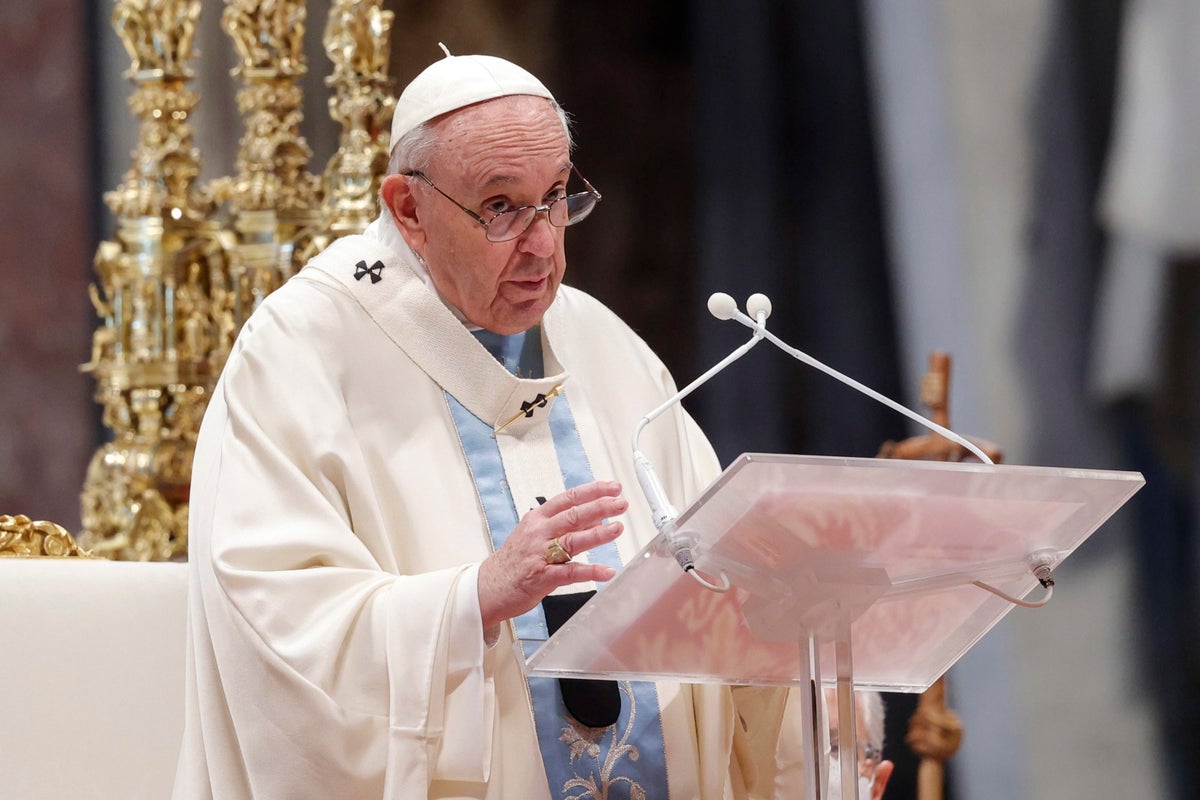 Pope Francis has used his New Year’s message to issue a call for an end to violence against women, saying it was insulting to God.

Francis, 85, celebrated a Mass in St. Peter’s Basilica on the day the Roman Catholic Church and appeared to be in good form on Saturday following an unexplained incident on New Year’s Eve where he attended a service but at the last minute did not preside over it as he had been expected to.

Francis wove his New Year’s homily around the themes of motherhood and women – saying it was they who kept together the threads of life – and used it to make one of his strongest calls yet for an end to violence against them.

“And since mothers bestow life, and women keep the world (together), let us all make greater efforts to promote mothers and to protect women,” Francis said.

“How much violence is directed against women! Enough! To hurt a woman is to insult God, who from a woman took on our humanity.”

During an Italian television programme last month, Francis told a woman who had been beaten by her ex-husband that men who commit violence against women engage in something that is “almost satanic”.

Since the COVID-19 pandemic began nearly two years ago, Francis has several times spoken out against domestic violence, which has increased in many countries since lockdowns left many women trapped with their abusers.

Public participation at the Mass was lower than in some past years because of COVID restrictions. Italy, which surrounds Vatican City, reported a record 144,243 coronavirus related cases on Friday and has recently imposed new measures such as an obligation to wear masks outdoors.