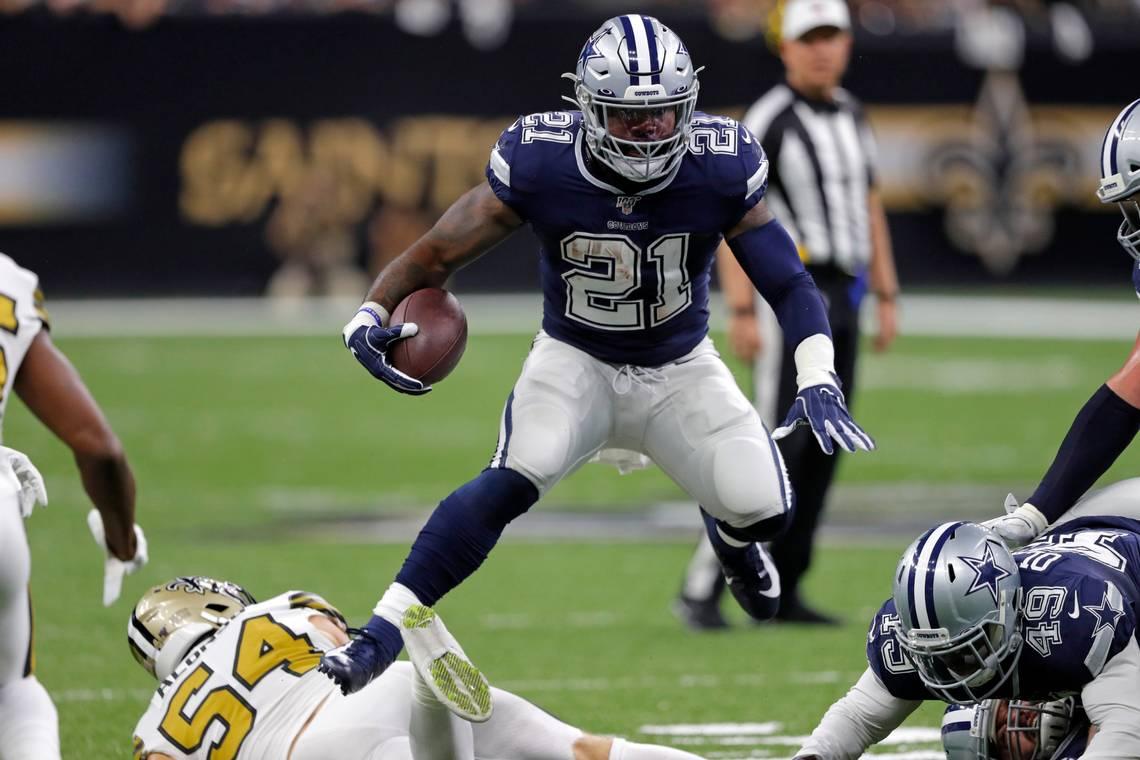 When the Arizona Cardinals blew out the Dallas Cowboys at AT&T Stadium six games into last season it was a prime example of two teams going in opposite directions.

It was the Cowboys first game without quarterback Dak Prescott, who sustained a season-ending fractured ankle a week earlier. And that injury came on the heels on having previously lost tackles Tyron Smith and La’el Collins for the season.

Running back Ezekiel Elliott played on although he became the embodiment of the team’s struggles with two fumbles in the 38-10 setback that put the team on the path to their 6-10 finish.

When the two teams meet on Sunday at AT&T Stadium, it will be a reveral of sorts for the 11-4 Cowboys.

The newly-crowned NFC East champions are riding a four-game winning streak, playing their best football of the season and are as healthy as they have been all season with no significant injuries and their starting lineup intact.

Meanwhile, the Cardinals (10-5) have lost three straight games and will come to Dallas without three starters on injured reserve, including top receiver DeAndre Hopkins and defensive end J.J. Watt, and at least two others on the COVID-19 list. The game could be a preview of a wild card weekend matchup two weeks from now.

Mike McCarthy said this is the healthiest team he’s ever had this deep into a season over his entire coaching career. “I think we’re definitely in a good spot right now,” he said. “This is an excellent position.”

Needless to say, Prescott was not in a good spot when the Cowboys played the Cardinals in 2020. He was still recovering from surgery and all of the things that go with that.

“Yeah, it was very difficult for multiple reasons,” Prescott said. “That was a week after surgery. I was on my couch, leg propped up, probably on some meds that made it hard to watch the game as well. It made it hard, just not being part of it. It made it hard, the way they came out and played in our home stadium, something that I think about. Yeah, excited to play this team and get [to] this matchup healthy.”

Prescott is healthy as he’s been all season and coming off a game in which he was named the NFC Offensive Player of the Week after passing for 330 yards and four touchdowns in the 56-14 victory against Washington.

As for Elliott, when he thinks about last year’s game against Arizona he remembers his turnovers, so that is his focus. “I’d say the No. 1 thing for me is to protect the football,” he said. “Last year I fumbled it twice vs. them so that’s my No. 1 priority going into the game.”

Elliott said he is stronger and healthier than he’s been at any other point since Ocotber 2020, including whe he played through a recent knee injury that would have sidelined most players. His toughness and grit have been an immeasurable part of the Cowboys’ success.

“I think it shows you who Zeke is, not only as a player, but a person,” McCarthy said. “Look at the way he’s ingrained in the locker room. Yeah, he was not going to miss a game. That’s just the way he’s wired. And he does so much more for us than just run the football. We’ve always recognized that. I admire him for how he’s played through the injury for so many weeks.”

Elliott would have it no other way. He refused to sit and rest. He wanted to be on the field for his teammates. And now he’s close to 100 percent, and ready to give it his all for the playoffs.

“It means everything to me,” Elliott said. “I think just being on that field, out there with my brothers, I think that’s just the No. 1 priority to me and I think it just shows my teammates this is my commitment to them. I’m willing to go do for them and I know they’re willing to do the same for me.”

Linebacker Keanu Neal and defensive tackle Quenton Bohanna were placed on the COVID-19 list and both players will miss Sunday’s game.

It is the second time that Neal, who is unvaccinated, has tested positive for COVID-19 this season. He tested positive on Sept. 25 and missed games against the Philadelphia Eagles and Carolina Panthers during his mandatory 10-day quarantine for unvaccinated players.

The league has since reduced the mandatory quarantine time for players from 10 days to five days, meaning Neal could be back for the season finale at Philadelphia on Jan. 9.

Neal has played 13 games with four starts, seeing action on 535 defensive snaps and another 106 on special teams. He has 67 tackles, four tackles for loss and a sack.

His absence leaves the Cowboys thin at linebacker. Micah Parsons, Leighton Vander Esch and Luke Gifford are the only active linebackers on the roster. Devante Bond, who was signed to the practice squad earlier this week, could be elevated for the Cardinals game.