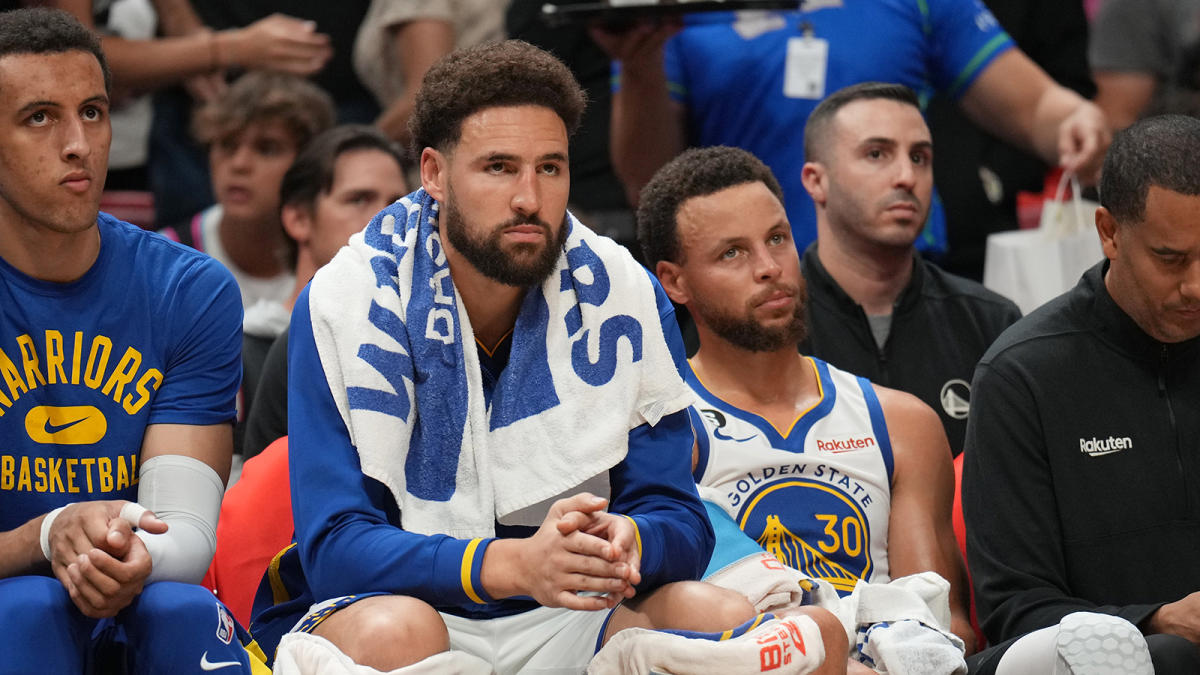 Klay Thompson made a promise Sunday night that, if kept, will thin the packs of wolves coming after Stephen Curry.

“My belief is stronger than your doubt,” Thompson wrote on his Instagram story. “I PROMISE you it’s coming. And when it does, the floodgates will open.”

Until those gates open, Curry can expect more of what he got Sunday night in Sacramento. Acutely aware that Curry has been carrying the Warriors’ offense this season, the Kings resorted to the anybody-but-Steph defense. It was successful enough to send the Warriors back to the Bay Area with 122-115 loss.

A lot went wrong for the Warriors, including a damaging eight-turnover second quarter and a porous defense over the final three quarters, during which the Kings outscored them by 20 points. Golden State earned this loss the hard way, coming out with a roar and finishing with a whimper.

Credit Sacramento’s defense — an oxymoronic phrase for about 16 years — for making sure Curry would not come to the rescue.

Applause earned, particularly in the fourth quarter. Aside from Curry breaking free for a couple 3-pointers, he was under relentless assault. They came at him with some surprise box-and-one defense. They bracketed and bumped and grabbed him. Might have bit him. The Kings took a seven-point lead into the fourth and it was profoundly clear they were willing to let all the other Warriors take their chances.

If that meant sagging off of Andrew Wiggins and Thompson, both very capable shooters, so be it.

Curry in the fourth quarter shot 2-of-6 from the field, including 2-of-5 from deep. His teammates, getting as many open looks as they could have wished for, shot 8-of-20, including 2-of-11 from distance. Wiggins was 0-of-4 beyond the arc in the fourth and Thompson was 1-of-3. If each connects on one more, it might have foiled Brown’s plan.

The Warriors in the fourth quarter managed only 24 points on 10-of-26 shooting, while the Kings were scoring 24 on 10-of-17 shooting.

It was seven days ago that Curry tortured the Kings, scoring 47 points, including 17 in the final 10 minutes as the Warriors wiped out a 10-point deficit to take a 116-113 win at Chase Center.

Brown and his staff wised up and changed the approach for their third game against the Warriors on Sunday.

“They made adjustments for sure,” Curry said.

The Kings in the first two games picked and chose when to send another defender and when to hedge. They leaned on their basic switching defense. They were exfoliated by Curry, who has done that to most opponents this season.

“I still got decent amount of looks,” Curry said. “But with the way I’m playing, I’ve got to expect that more in the future, teams making adjustments like that. I’ve got to try to make the right reads and still be aggressive to draw attention and get other people shots.”

Klay can see what is happening; he surely saw it Sunday because the Kings were downright blatant. He can expect more of that, perhaps as soon as Monday night, when Gregg Popovich brings the Spurs into Chase Center.

Until “the floodgates open,” there is every reason to believe the wolves will continue to come after Curry in packs.