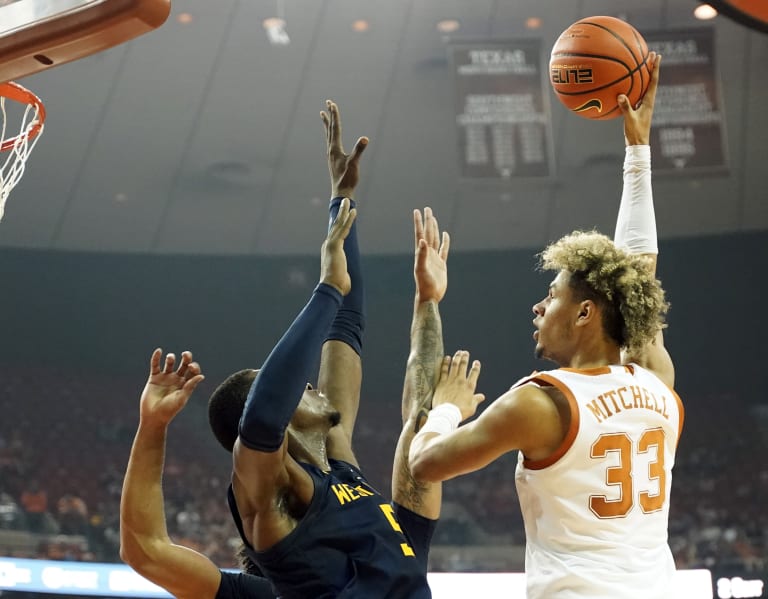 West Virginia has opened conference play on the wrong foot.

The Mountaineers, hitting the court without leading-scorer Taz Sherman and defensive stalwart Gabe Osabuohien, appeared to keep up with the Longhorns over the game’s first few minutes. West Virginia tied the score three separate times in the first 10 minutes, faring well against Texas’ top-ranked defense.

Until the wheels fell off.

The absence of Sherman and Osabuohien, as well as freshman guard Kobe Johnson, was quickly felt, as the Longhorns went up by 10 points entering the under-four timeout.

In the second half, West Virginia’s woes continued as the team struggled to keep up with the Longhorns’ rate of scoring. Jalen Bridges put forth his best effort, scoring 13 points in the second half as the Mountaineers attempted to claw their way back.

WVU slowly tried to chip away at a lead that peaked at 28 points, but struggled to make up much ground until the game’s final minutes. The Longhorns’ lead shrunk to 16 points with two minutes remaining, but, guard Marcus Carr, who led the team in scoring, tallied 12 second-half points, cementing the lead and, ultimately, the win.

Bridges led the Mountaineers in scoring, finishing with 18 points. Malik Curry finished behind him, scoring 14.

Pauly Paulicap, who received the start with Sherman sidelined, finished with two points and five rebounds in 13 minutes.

West Virginia (11-2) returns to the court on January 8. The Mountaineers host Kansas State at 2 p.m., with the matchup being televised on ESPN+.