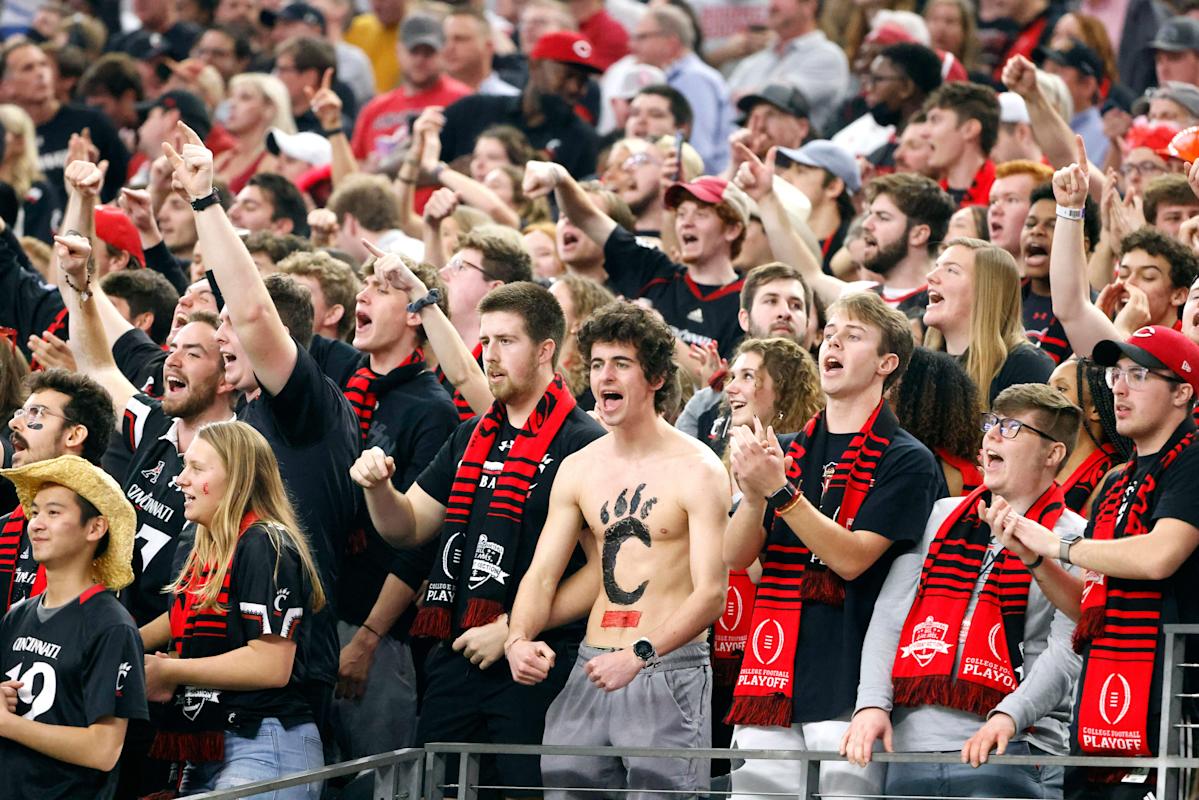 A shirtless Cincinnati Bearcats fan looked completely stunned Friday at the Cotton Bowl after Alabama held UC to a field goal in the first quarter.

Cincinnati faced third-and-goal at the Alabama 9-yard line, and Bearcats quarterback Desmond Ridder was tackled for a 6-yard loss. It led to Cincinnati’s Cole Smith kicking a 33-yard field goal with 4:52 left in the first quarter.

The field goal cut the Alabama lead to 7-3, and the anguished fan quickly became a meme on Twitter.

The Bearcats fan looked miserable again later, when Alabama stopped Cincinnati on fourth-and-3 at the Alabama 22-yard line in the fourth quarter. Bearcats QB Ridder was tackled for a 4-yard loss with 10:22 left in the game.

Alabama shut down Cincinnati 27-6 and advances to the College Football Playoff national championship game against Georgia on Jan. 10 in Indianapolis.

It’s funny to see people who don’t have to experience Alabama football every year finally realize what it really feels like. https://t.co/amRdIWVI4d