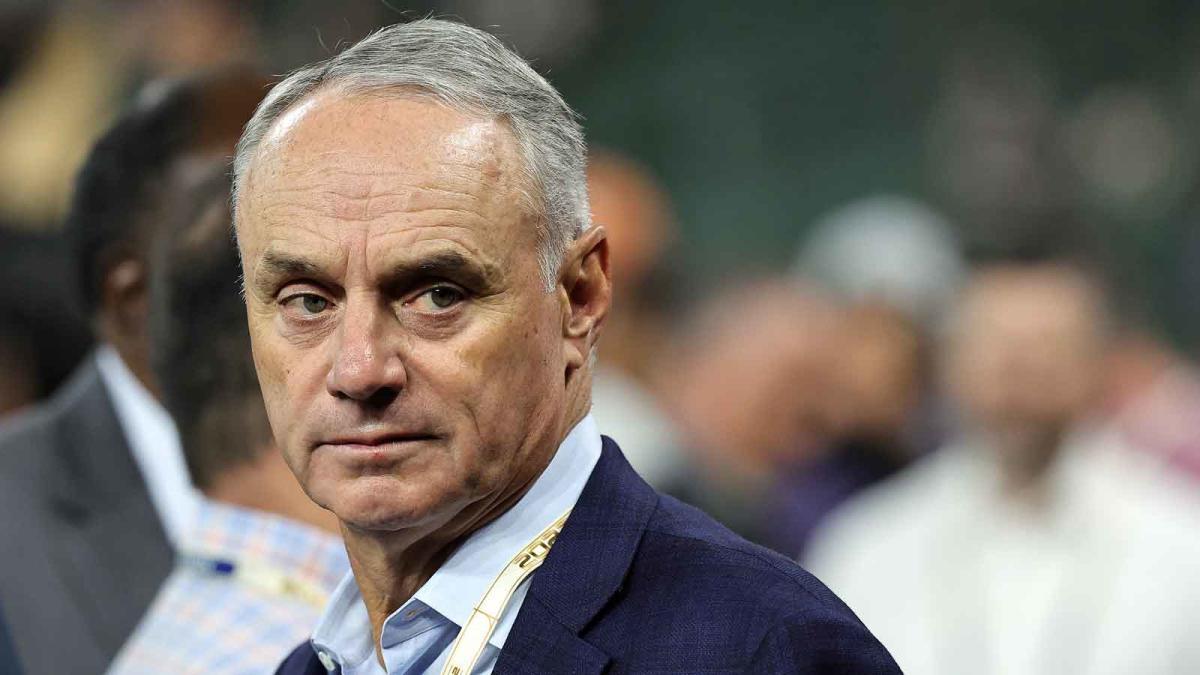 Life as a major sports commissioner isn’t all private planes and important handshakes. Yes, that comes with the territory, but sometimes you’re just sitting at the World Series unaware of the approaching reddit mobs.

That was MLB commissioner Rob Manfred’s fate on Thursday during Game 5 of the 2022 World Series between the Phillies and Astros. While watching the game at Citizens Bank Park, a nearby fan called for his attention before offering a suggestion … of sorts.

The unidentified fan recorded himself saying “if you want the youths, end the blackouts, dumba**.”

Manfred initially looked intrigued, but quickly turned crestfallen as he directed his attention back to the game. Meanwhile, the MLB’s Chief Revenue Officer Noah Garden — featured just beyond Manfred — took a moment longer to catch up.

The heckle, capped off with a little profanity, is in reference to the many blackouts that plague all major sports, including baseball. Much of the frustration with the MLB centers around their league-run network, MLB.tv, that continues to implement regional blackouts around the country.

Manfred has long spoken about the issue of blackouts, describing greater viewing accessibility as the MLB’s top priority.

He quickly added that significant changes would require a “massive undertaking” involving the league, regional sports networks, broadcasting partners, among others.

While he didn’t seem amused on Thursday, he continues to claim it’s the most pressing issue facing the MLB.

“We’re just not in as many homes as we should be in,” Manfred said on MLB Network Radio Thursday. “If a kid can’t watch baseball, it’s unlikely that kid’s going to go to his parents and say, ‘Hey, I want to go to a baseball game.’”

He went on to say that in the relatively short term — even throwing out the 2023 MLB season as a possibility — the league will have to make necessary changes through a digital option to expand accessibility to fans outside the traditional TV bundle.

The World Series — and presumably Manfred — return to Houston on Saturday for Game 6. The game is scheduled for 8 p.m. ET on Fox.

The Astros won back-to-back games in Philadelphia to take a 3-2 lead heading into the weekend. They’ll look to close out the series in six games while the Phillies will play for the chance to extend the series to seven games.