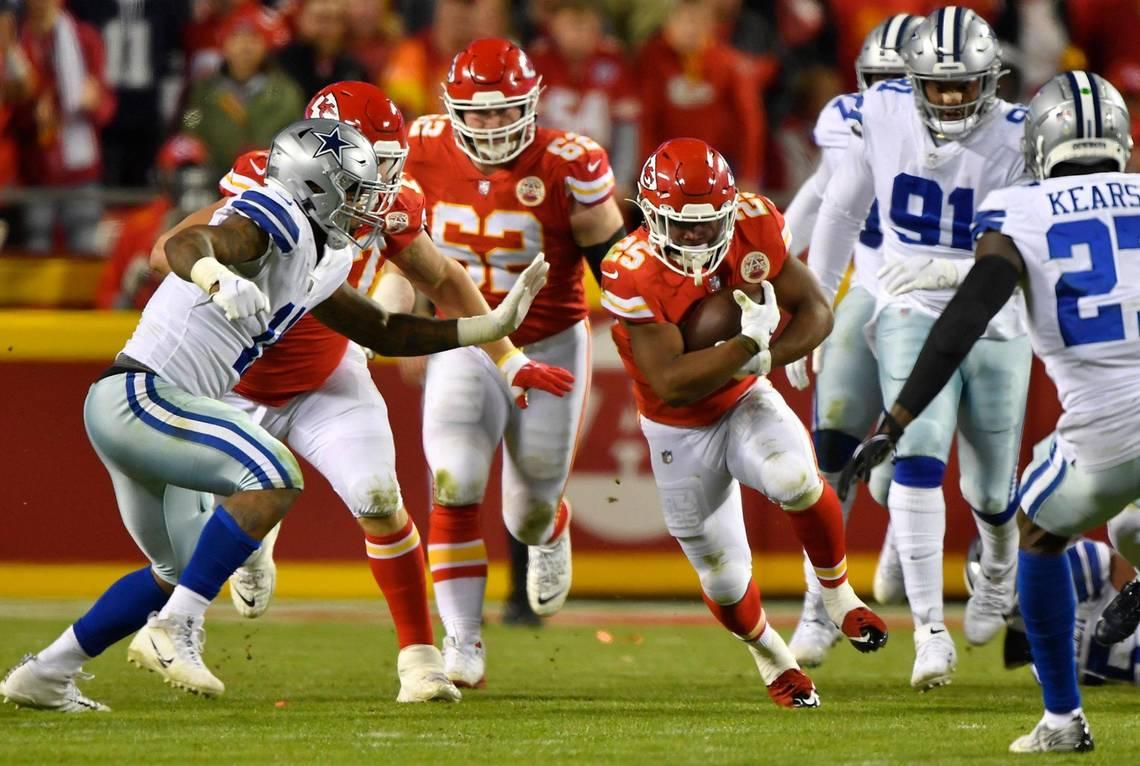 The Chiefs will be without their starting running back Sunday against the Bengals.

But they will welcome the return of one of his backups.

Clyde Edwards-Helaire will not make the trip to Cincinnati after he injured his shoulder during last week’s win against the Pittsburgh Steelers.

To offset his absence, the Chiefs have activated Jerick McKinnon from injured reserve.

Edwards-Helaire did not practice this past week, but Chiefs coach Andy Reid noted he had made progress throughout the week after tests showed he avoided a more serious shoulder injury. The Chiefs officially declared him out Saturday before departing for Cincinnati to play the Bengals, in Week 17.

While battling two injuries now this season, Edwards-Helaire has 517 rushing yards and four touchdowns, including a score against the Steelers in which he absorbed a massive hit but kept his legs churning.

The Chiefs brought in McKinnon, an eight-year veteran, this offseason to supply depth to a backfield rotation that will provide Darrel Williams and Derrick Gore elevated snap counts on Sunday.

McKinnon played sparingly before a hamstring injury necessitated a stint on injured reserve on Nov. 30. He began practicing this week.

“He’s been able to work in and get some work done,” Reid said.

In their shuffle Sunday against the AFC North-leading Bengals, the Chiefs figure to give Williams the bulk of the snaps at running back. He’s already served most of the season as a goal-line and third-down back, but without Edwards-Helaire, Williams should feature more on first and second downs, as well.

He has 453 rushing yards this season, second on the team, and he leads the backfield with 41 catches for 403 yards and two touchdowns.

After opening the year on the practice squad, Gore has seen an uptick in his playing time, and that could continue. He had a career-high 12 carries and three receptions last weekend, which he turned into 104 total yards.