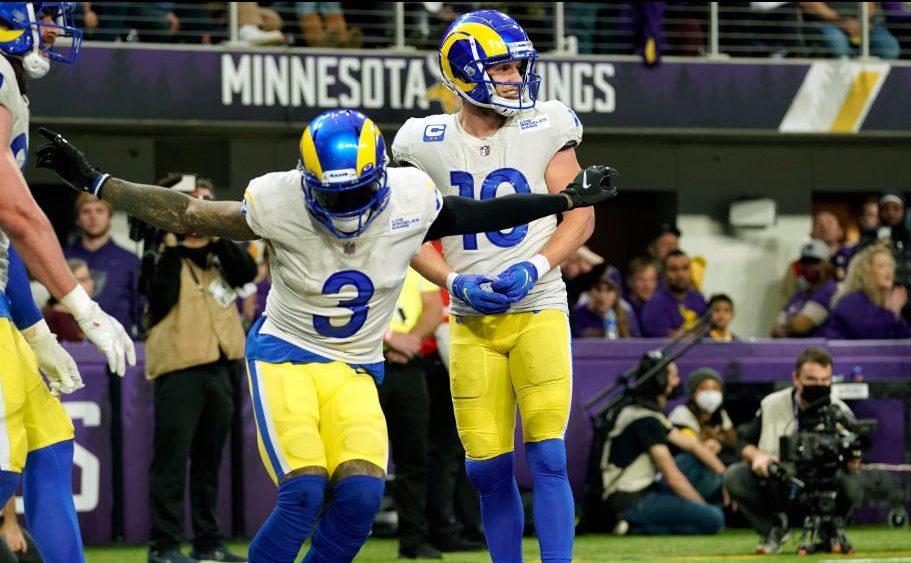 But Beckham has four touchdowns with the Rams after scoring none with Cleveland this season. In 29 games with the Browns, Beckham never clicked with Baker Mayfield and scored only seven receiving touchdowns and one rushing touchdown.

“It’s been great,” Beckham said, via Lindsey Thiry of ESPN. “Over the last couple of years, I’ve felt deprived. I’ve definitely missed the end zone for sure, and it just hasn’t been as easy and seamless as it could and should be. I’m someone who I feel like I should score once or twice every single game. I feel like I can get 100 yards every single game.”

Beckham let his father and LeBron James talk his way out of Cleveland. It was obvious that he wasn’t happy, and his relationship with Mayfield was too far gone for the Browns to keep Beckham.

“I’m just happy that I’m at a place that I’m having fun within myself,” Beckham said. “Just having fun playing football again.”

Beckham is not the No. 1 receiver in Los Angeles but insists he has enjoyed watching Cooper Kupp‘s pursuit of history. Kupp leads the NFL with 132 catches for 1,734 yards and 14 touchdowns.

“Man, I find it funny, all the talks that ever been said about me being a ‘me guy.’ People are going to say whatever but just have no idea,” Beckham said. “And when I chose to come here, I’m knowing that Coops on pace to break a record. I didn’t come here thinking, ‘Oh, I got to get my targets.’ That’s just not being me. Yeah, I want the ball. I’m a competitor. But like I said, I came late to the party.

“It’s just funny, all the backlash that I get about the type of person that I am and this and that, and I think you just see me in an atmosphere where success is around and like I said, these people are on pace for history. I want to watch them break [it]. I told him I want him to get 2K yards, so I can come and break your record. That’s how it happens. Records are meant to be broken and like I said, I think we’re just witnessing very, very special.”

The Rams, who have clinched a playoff berth, can win the division Sunday with a victory combined with a Cardinals’ loss to the Cowboys. Beckham has never played on a team that won a division title and has appeared in only one postseason game.

Odell Beckham on his four TDs with Rams: Over the last couple of years, I’ve felt deprived originally appeared on Pro Football Talk