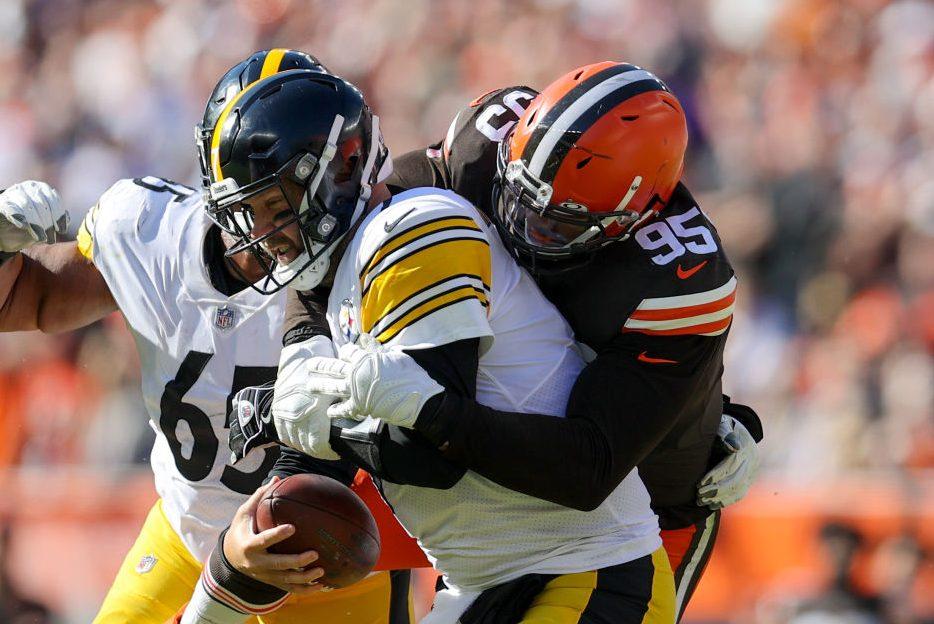 Before he even played his first down in the NFL, Myles Garrett couldn’t wait to meet Ben Roethlisberger. In the Steelers backfield, of course.

The Browns defensive end has sacked Roethlisberger five times in six meetings. He gets what likely is a final chance to sack Roethlisberger in what the Steelers quarterback said he expects to be his final game at Heinz Field.

“[Will I] miss him?’’ Garrett said, via Mary Kay Cabot of cleveland.com. “It’s kind of like when I was growing up. I barely remember the retirement of Michael Jordan because I was very young, but just seeing players at the end of their careers slowly retired and not fading into obscurity, but they leave their mark on the game, and they go do other things.

“I will miss his presence in the game, but as far as going against him and the rivalry against him versus us, no, I will not miss that. I will be looking forward to new things, new challenges, new quarterbacks and new people to put in the front yard.”

The day he was drafted Garrett said he couldn’t wait to “chop him down” in reference to Roethlisberger. After not facing Roethlisberger as a rookie, Garrett trolled the Steelers quarterback again his second season by posing as Dwight Schrute from “The Office” and shredding a photo of Roethlisberger.

Before Halloween, Roethlisberger showed up again in Garrett’s graveyard of quarterbacks in his front yard.

Garrett, though, has great respect for Roethlisberger.

“As far as quarterbacks, he’s one of the greats,’’ Garrett said. “He’s one of the best Steelers quarterbacks that they’ve ever had, and he might be the best. Just going back and forth with him has been fun over the years. I say over the years because now it’s my fifth, and he’s been in the league for almost two decades. It’s been a back and forth. Me trying to get after him. Me being out (with injuries) a little bit. Him being out (with injuries) a little bit.

“Always having good interactions and good gamesmanship when we’re out there. I’m trying to do my thing and shut down the game on my side of the ball, and him trying to get the ball off and get it off quick so I can’t do that. I like the challenge of it going against a guy of his caliber and a guy of his prestige. I will just try to keep it cordial and send him off with a bang.”

“I wanted a sack against (Aaron) Rodgers last week just because of who he is and what he means to the game,’’ Garrett said. “Even if I was beating my tackle cleanly or however I was – inside, outside or power rush – it seemed like he was getting the ball off quick. At the end of the day, just have to try to be disruptive.

“Sometimes it’s just not in the cards. The quarterback isn’t going to take that chance of holding the ball and extend the play. Sometimes coverage will hold up a little bit longer, and sometimes he will just check it down and hope for the best.”