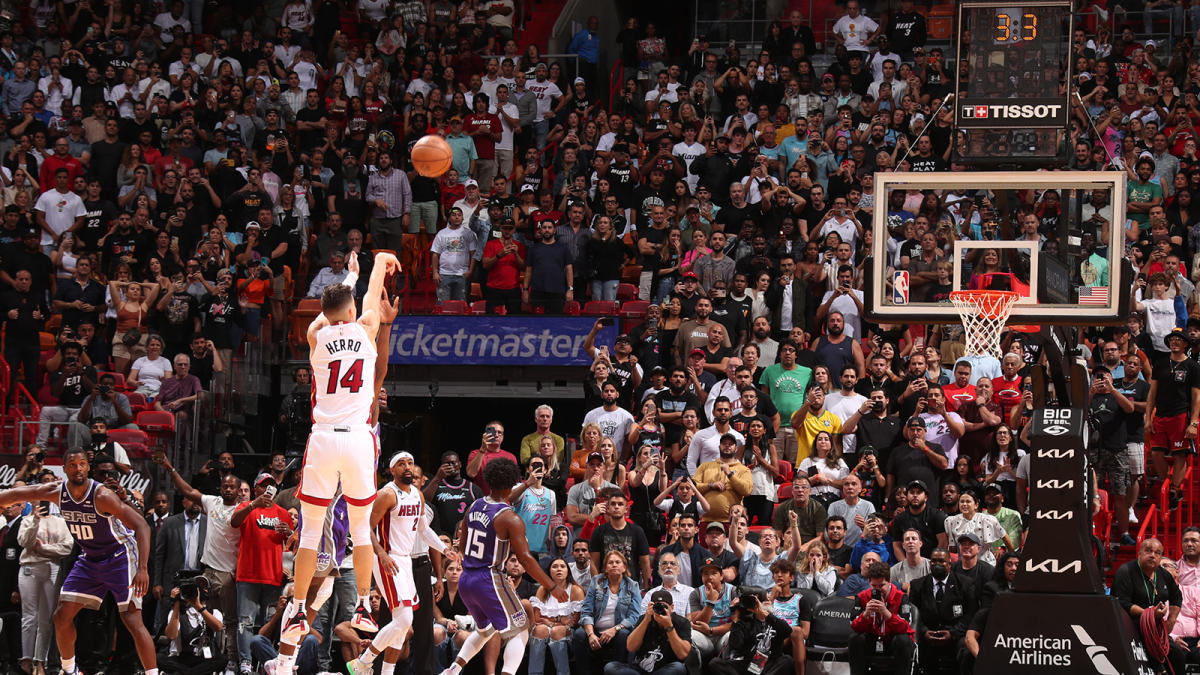 Tyler Herro lived up to his last name in South Beach on Wednesday night.

In the final seconds of the Kings’ 110-107 loss to the Miami Heat, Herro knocked down a devastating, tie-breaking triple over Terence Davis from 27 feet out.

The shot made Kings coach Mike Brown furious. Not only did it hand Sacramento its fifth loss of the season, but also Brown was adamant the basket never should have counted.

“He traveled. He traveled on the last play,” Brown said after the game.

Herro created space for the shot by moving towards the basket, only to stop on a dime and pump fake, causing Davis to fly in the air to try to block the shot. Herro then appeared to take a side step, reload and swish the trey.

“I would not be doing my job if I didn’t come up here and protect my guys,” Brown said. “My guys fought their behinds off for close to 48 minutes. And [for Herro] to pump fake, and side step or hop, and then one-two [steps] and a shot, and [the referees to] not make that call, to me it’s unbelievable.

“I hope when officials go back and look at the game, they can see it.”

Unsurprisingly, Herro did not agree with Brown’s assessment after the game.

“I don’t think it was a travel,” the 22-year-old said. “Just like [Tuesday] night with [Warriors guard] Jordan Poole, you can call a carry on every play. You can call a travel, I’m pretty sure, on almost every play.”

Herro is referring to Poole getting whistled for three carry violations during the Heat’s 116-109 victory over the Golden State Warriors on Tuesday that sparked debate around the NBA world.

Following the game, Brown pleaded his case to referees to no avail.

“They said it wasn’t a travel. If that’s not a travel, I don’t know what the definition of a travel is,” Brown said. “Again, I don’t know, maybe they’re caught up in the excitement of the crowd. Maybe it’s the Miami Heat, and we’re the Sacramento Kings, and that’s Tyler Herro, and it’s a last-second shot.

Brown and Kings fans alike will be waiting for the NBA’s Last Two Minute Report to be released Thursday afternoon to see if the league views Herro’s side-step as a travel upon further review.