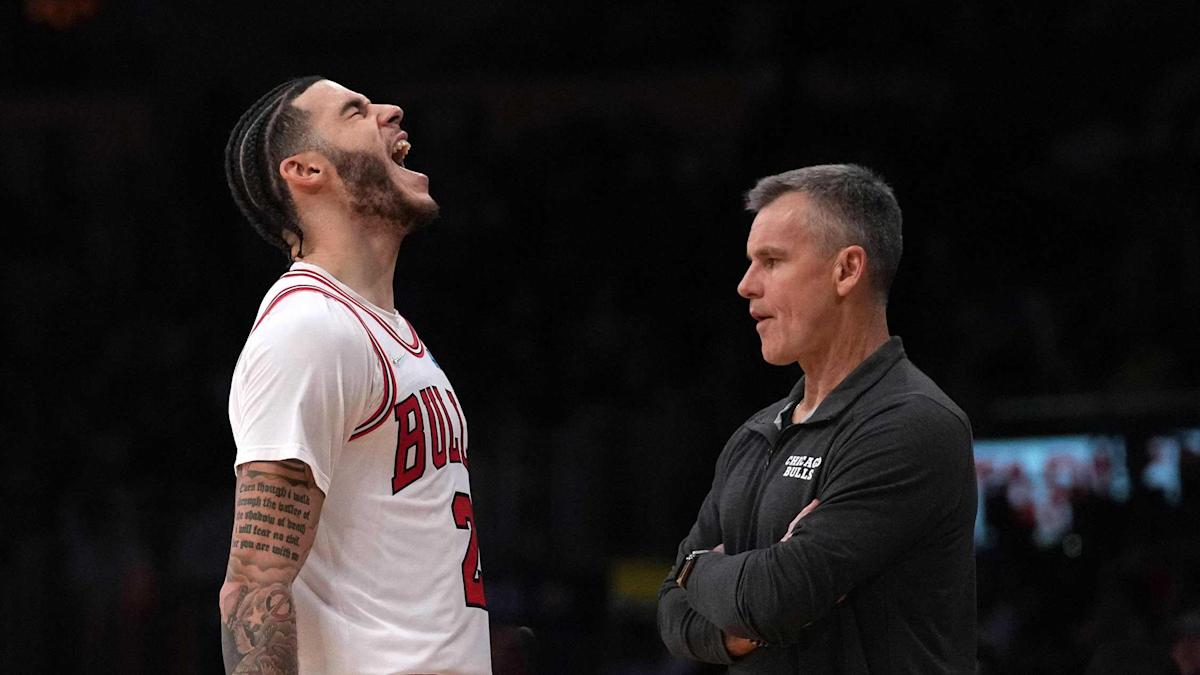 While DeMar DeRozan was drilling the one-legged 3-pointer that gave the Chicago Bulls a 108-106 win over the Pacers on New Year’s Eve, Lonzo Ball was watching from his living room.

Ball, who entered the NBA’s health and safety protocols on Dec. 26, didn’t travel with the team on its current two-game road trip that sees stops in Indiana and Washington DC, so he wasn’t able to partake in the on-court celebration that ensued after the buzzer beater.

Still, via his Instagram story, Ball broadcast his enthusiasm:

âDonât lie Deebo, you know you ainât see the time!â

(DeMar admitted as much postgame) pic.twitter.com/2XBhWHz5XI

“Don’t lie Deebo, you know you ain’t see the time!” Ball exclaims in the video. “But we gon’ take it, man.”

DeRozan admitted as much postgame, saying he considered passing off to Nikola Vučević before realizing there were only two seconds left, then side-stepping into the off-balance jump shot.

Still, as Ball said, the Bulls, who moved to 23-10 and first place in the Eastern Conference with the victory, will take it.

Ball has missed the team’s last four games, and is already listed out for their road matchup with the Wizards on New Year’s Day. But according to the team’s injury report, he and Alfonzo McKinnie have exited protocols and are in the “return to competition reconditioning” phase of their recovery.

After the Wizards game, the Bulls return home for a matchup against the Magic on Jan. 3.