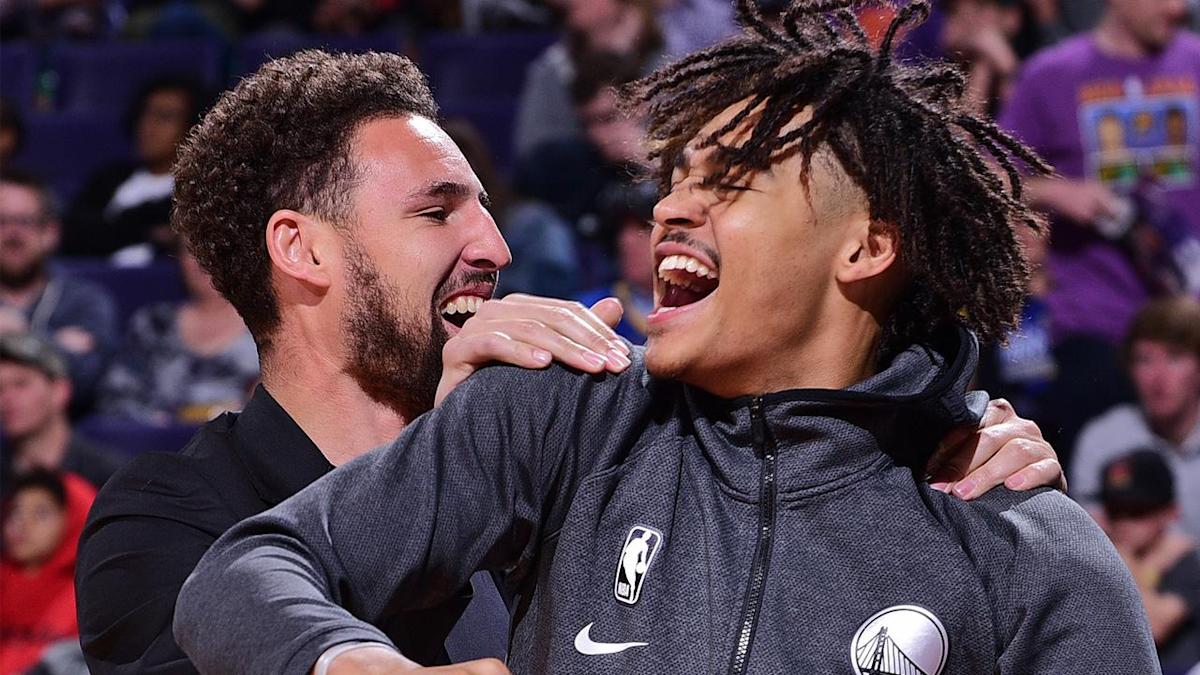 Dub Nation is not alone in anxiously anticipating Klay Thompson‘s return from his two-plus year absence. It seems as if the basketball world is also ready to see the sharpshooting, all-time great get back on the court.

It is not just Thompson’s incredible play on the court that draws universal admiration, it is also his unique and highly entertaining personality.

According to teammate Jordan Poole, it all starts with Thompson’s ability to be authentically himself.

“He is exactly who he is. He is himself. He does not try to be anyone else,” Poole said on the latest episode of the Dubs Talk podcast.

“Klay will go and shoot, and he will hit 14 3s,” Poole explained. “And he will say whatever he has to say, and then you will catch him a couple days later on his boat on [Instagram] Live, or chilling with his dog.”

“Klay came to practice with a captain hat on. He’s doing it not because he knows that people are going to post it and it is going to get on Instagram and it’s going to go viral. He’s wearing a captain hat because he had it in the closet and felt like wearing it today. You have to appreciate that. The confidence that you have in yourself. The confidence you have in your personality, it is just awesome to see,” Poole said.

Poole especially admires and tries to emulate Thompson’s confident approach because he believes that “it takes more energy to be someone that you are not.” Poole, like Thompson, is also known around the Warriors organization as a uniquely authentic individual with a strong personality.

But unlike Thompson, he definitely is not as well-versed in regurgitating movie quotes.

At the end of the day, Poole believes Thompson is just a beloved, integral part of a vibrant locker room.

“He’s really chill. He’s super chill actually. We have a really good locker room. Our chemistry and our camaraderie in our locker room is amazing,” Poole said.