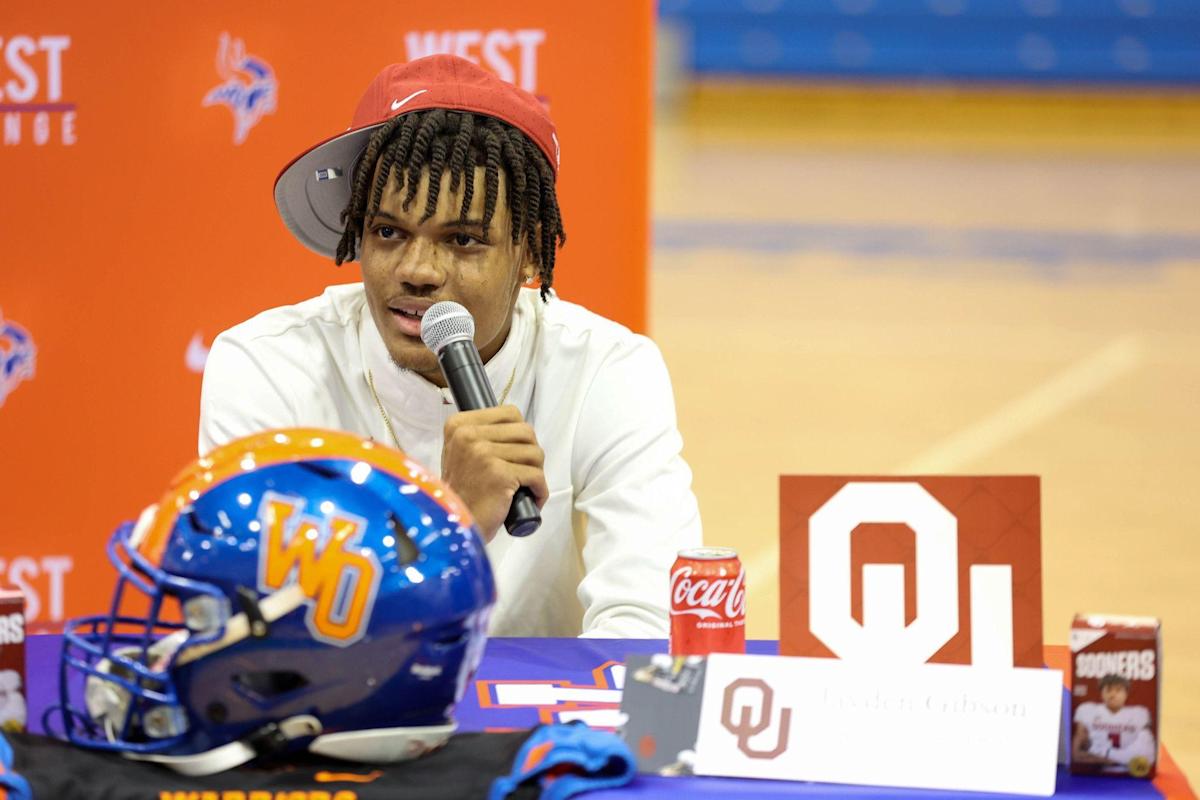 Jayden Gibson was supposed to be enrolling for the spring semester at the University of Florida in a few weeks.

That’s where he wanted to be to start his college football career. It’s where his heart was. It’s where his mother and father went to college and where they met. Kelvin Gibson was even a walk-on football player for the Gators.

Sometimes things just don’t work out the way they were planned, especially in the world of college football.

Jayden Gibson committed to sign with the Gators football program on Oct. 13 when UF coach Dan Mullen was still in place. About a month later, Mullen was gone, Billy Napier was hired Dec. 5, and every commitment remaining on the Gators’ recruiting board waited to hear from the new coaching staff to learn of their status.

Most never received that call, which eventually meant a mass exodus of commitments. Once the dust settled, the Gators had just seven commitments and a week left until the early National Signing Day.

It;s far from the first time this has happened. It happens far too often. Commitments are non-binding handshake-like agreements that a student/athlete will attend a school to play football.

Players, however, change their minds and decommit like the flow of those in line at the return counter at Walmart.

But it’s not just the players. Schools fail to hold up their end of the contract-less agreement quite often, especially when there is a coaching change.

I wrote about Dr. Phillips prospect D.J. Charles in 2017 when he was left out in the cold by FAU after Charlie Partridge was fired. The Owls hired Lane Kiffin and Charles never heard from anyone at the university once Kiffin took over. He had no idea where he stood as signing day approached.

In the end, he wound up scrambling for a spot. He wound up at Football Championship Subdivision program Campbell. He’s played 26 games at Campbell and has a year of eligibility remaining. Things worked out for him, sort of, but it often doesn’t for many prospects who are considered on the bubble.

I received a direct message from Chris Kiffin at the time. He is Lane’s younger brother and was FAU defensive coordinator for a year, but is now in the NFL. He wrote, “Chris, please explain to me how it’s pulling a kid’s offer when this staff never offered the kid?”

So I guess in the minds of the Kiffins, the commitment board was wiped clean when they were hired. Is there a problem with having the common decency and showing some integrity by just calling a person and letting them know they are off the board?

And what about all of those previously committed players who wound up signing with Kiffin and FAU even though it was Partridge’s staff who offered them. Talent over principle. I guess that’s how it works.

In the case of Gibson, he could have gone anywhere. Numerous teams across the country were vying for his services. The 6-foot-5, 190-pound receiver had 36 Football Bowl Subdivision scholarship offers. He is ranked the No. 25 pass catcher in the country, according to the 247 Sports composite rankings.

He wanted to be a Gator.

But after not hearing a peep from University of Florida officials or anyone on the Napier staff, he got the feeling he was not wanted in Gainesville.

A week before signing day, he decommitted from the Gators. Three days later he took an official recruiting visit to Oklahoma. On Dec. 15, he signed to play for the Sooners.

If given the opportunity by the NCAA to change things, Kimberly Gibson already has things in mind that would help the process and protect the players and the schools.

“The silent committing and verbal committing … none of that really matters until it comes to signing day, so maybe we should change that process,” she said. “Maybe we say that with these commitments, you are not allowed to do it until signing day when it does matter. You can post on social media about all your offers and everything, but no commitments because really it doesn’t amount to a hill of beans until they sign that paper.

“That would avoid a lot of the things that can go topsy-turvy and the feelings getting hurt and all that.”

The worst thing for Mom was seeing the dejection on her son’s face when it started to look like he was not wanted by the Florida Gators, his dream school.

“To hear my son say, ‘Wow, they didn’t want me,’ … uh, no, that’s not true. This was about someone [Napier] changing plans and his plans were his plans,” she said. “Your plans are God’s plans and there is a whole different plan for you. To a 17-year-old, it can be devastating.”

It’s not right, says his mother, but being a woman of faith, she said the plan was never theirs. It’s all in God’s plan and so they are happy with Jayden’s destination.

“We’re ecstatic. … We are so happy and the people at Oklahoma showed me that they care about people, not just football players,” Mom said. “That sealed the deal for me. … Coach [Brent] Venables sealed the deal. He’s sincere. He wasn’t fake and he didn’t put on a recruiting show for you.

“Everything I prayed for Jay is happening, so I’m exciting and I’m happy.”

She had way more to say and is passionate on the topic. The bottom line is she’s right.

The NCAA needs to take a long, hard look at what has been created. With the NIL deals, the transfer portal, the lack of spots for high school seniors and the treatment of players once a new coach is hired … all these things have created a wild, wild west out of the college football recruiting process.

There are a lot of pieces to consider and coming up with the right way to control the process will not be easy. That, however, is the NCAA’s fault. The self-governing entity has gone on forever doing whatever it pleases.

Many times, student/athletes take a backseat in the consideration of answers to many issues. The powers that be will argue that as being completely false.

I fail to see anything but making money as the driving force for the NCAA process. The student/athletes might have issues and things can go wrong, but as far as the NCAA seems to be concerned, that’s the kid’s problem.

No, NCAA, it’s your problem and it’s time to fix it.

This article originally appeared on OrlandoSentinel.com. Chris Hays covers high school football, college football recruiting and the Orlando Magic for the Sentinel. He can be reached at [email protected].