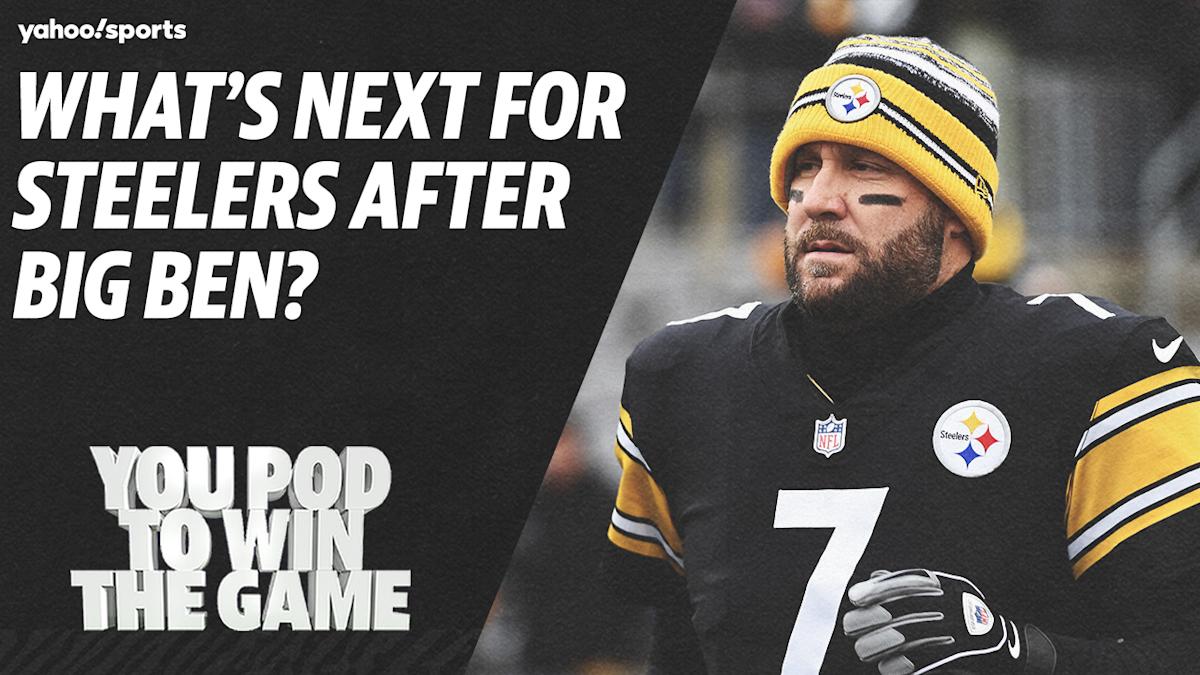 Ben Roethlisberger all but confirmed reports on Thursday that this season would be his last. Charles Robinson & Eric Edholm discuss what this means for the Pittsburgh Steelers and how they may address the QB position in 2022 and beyond. Do they pursue a veteran like Russell Wilson, Matt Ryan or Aaron Rodgers? Or is a pro-ready rookie similar to Mac Jones the better option for Mike Tomlin and this roster?

Hear the full conversation on You Pod to Win the Game. Subscribe on Apple Podcasts, Spotify or wherever you listen.

CHARLES ROBINSON: We’re losing another one of the quarterbacks who was, to me, in that sort of defining– there was the era of Rivers, Roethlisberger, Eli Manning, Peyton Manning, Tom Brady, Aaron Rodgers I’d probably include in this sort of quarterback era.

CHARLES ROBINSON: Yeah, Drew Brees. So you know, Drew Brees retired. And now, Ben Roethlisberger has come out and said that he has– Monday night will be his final game at Heinz Field, which is OK. That’s essentially his signal he’s retiring.

In the monologue, I talked a little bit about, just this is a pivotal moment for the Steelers organization. This is– I feel like they are at a moment where there’s two ways you could really go here. And the Chargers obviously went and– it was kind of the reboot. It was the franchise rebooted. And that’s how you ended up with Justin Herbert.

The Steelers are going to have an opportunity if they want. And it’s not really their style, but they’re going to have an opportunity where I think if they wanted to go after a marquee quarterback this off-season, the few that might even consider departing their teams, I would think they would consider Pittsburgh. And Russell Wilson is one that I think that if Russell was going to be dealt from– you know was going to be dealt from Seattle, there’s been some rumors already out there about what he would consider. I think it would be hard for him to turn down Pittsburgh, Mike Tomlin, everything that’s going there on the roster.

Rodgers, I highly doubt Rodgers is leaving Green Bay at this point in any way, shape, or form. But if he were, if that ever were to happen, I would have to believe– especially given some of the nice things that he’s said about Mike Tomlin, Pittsburgh would be– the bottom line is, if Pittsburgh wants it, if they don’t want to go with the reboot, you know– and I just can’t see Mason Rudolph being the guy there.

CHARLES ROBINSON: They have this chance to try and sway and bring in one of these big time trade quarterbacks. It would be like a Rams move with Matt Stafford. That’s exactly what it would be. It’d be like, hey, we’re going to continue to maximize what we have right now. And I don’t know. I mean, it’s going to be really interesting to see how they handle the post Roethlisberger era.

ERIC EDHOLM: Yeah, I agree. And you know, I mean, obviously, as you know, I do a lot of draft stuff or whatever. But when I projected them to take, I think it was Sam Howell if I’m not mistaken, in my first round mock draft, I think I acknowledged, like, look, this isn’t– you know, like you said, it’s kind of not the Steelers’ style. Could I see them go offensive line or some other direction, and dress the quarterback with a veteran? Absolutely. So for me, it was more recognizing that this is probably the end now. We’ve heard Ben say this or whatever.

The first round quarterback thing, it doesn’t really feel like Mike Tomlin’s style. I think he feels like if he upgrades this position, gets better play out of the quarterback position than he has so far this year with Ben, then we’re talking about a team that isn’t 7, 7 and 1 heading into this game. So yeah, I mean, Matt Ryan? I mean, that’s a name that, you know, even if the salary implications for Atlanta would probably behoove them to keep him one more year, I think we’re still talking about a guy who’s coming up on his 37th birthday. Would he be a good outdoor quarterback at this stage of his career? I don’t know. Maybe I could see it.

But the list isn’t too much longer. As you pointed out, Rodgers, everything kind of points to him maybe heading back next year, or I suppose retiring. But yeah, it would have to almost be Wilson, Ryan. I mean, tell me are the Vikings moving on from Kirk Cousins, and would he even be a shot? Would– who am I missing, Derek Carr? Like, I’m just– the list isn’t crazy long of potential trade acquisitions from that veteran, established guy pool. Who else could even fit in there? I don’t know. I

CHARLES ROBINSON: Don’t think that there’s a Mac Jones there. But the funny thing is they’re kind of like the Patriots in that if they could get the right rookie quarterback, I don’t think– frankly, it’s not like it was Bill’s style, right? It wasn’t Belichick’s style.

CHARLES ROBINSON: He never had to take a first round quarterback. But that was just never– it was never an expense where you’re like, oh, they’re absolutely going to go for it. Which, they didn’t even move for Mac Jones. Like, they easily could have lost out on him. And instead, they sat there and he fell to them. And you know, so if you were to get a rookie quarterback, someone that was as skilled and as settled coming in as Mac Jones, you could turn this franchise with a young guy really fast.