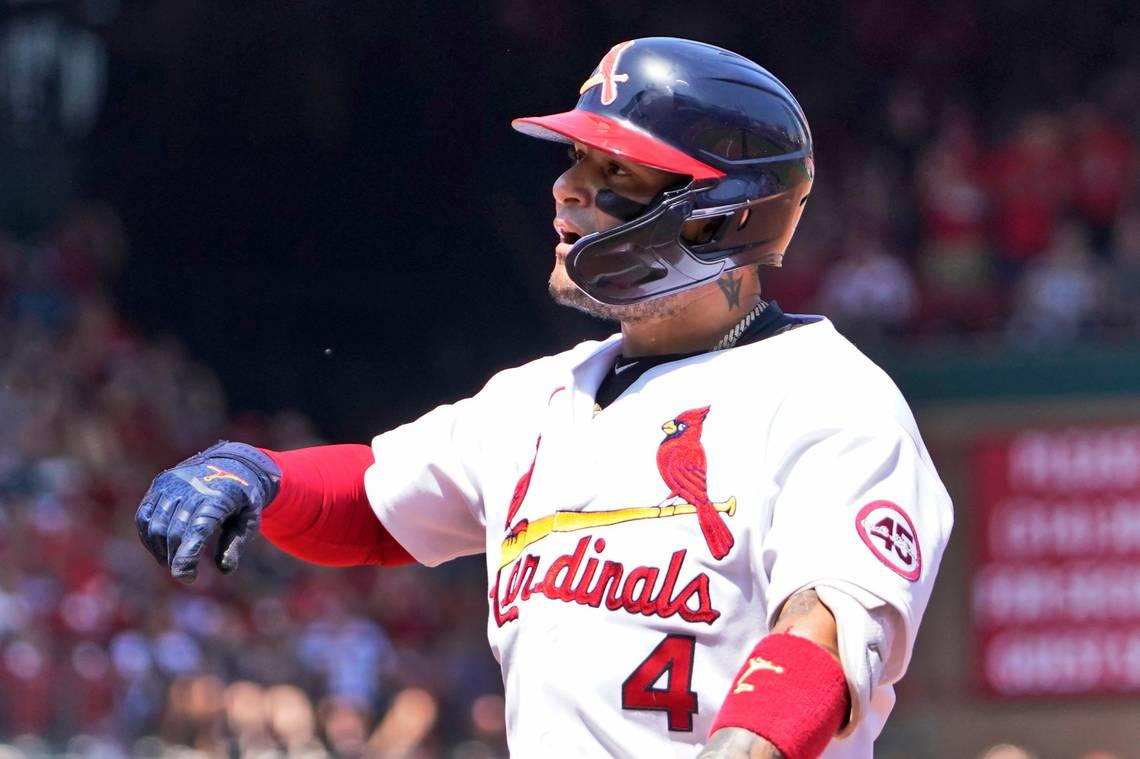 If a manager is fired after a meeting but no one seems to hear it, does it make a sound?

Ranking the five biggest stories of 2021 for the St. Louis Cardinals means considering the broader context of events and attempting to describe contemporaneously where they’ll land in the annals of history. The Cardinals measure their legacy by its mass; they’re an historic franchise because they simply always have been one, and blips in the timeline don’t alter that path.

The twists and turns of 2021 leave the Cardinals in the lurch of uncertainty that may not resolve itself any time soon. The five stories that defined the year have helped shape that path in a number of ways.

5. Yadier Molina and Adam Wainwright sign up for one last ride — twice.

Last offseason was a lifetime ago, so you can be forgiven if you’d forgotten Molina and Wainwright each signed two contracts with the Cardinals in 2021. Neither was under contract as the year began, though it was by that point clear a return for both was inevitable.

As the year wore on and the two grew closer to the Major League record for most starts by a battery, it became ever more clear they’d take one last trip around the league together in 2022. Molina signed in August for what he said will be his last season, and Wainwright signed in September but came short of making that same pronouncement.

Still, there’s every reason to expect his family will find a puppy under the tree next Christmas.

4. Mike Shildt is fired and replaced by Oli Marmol.

The shocking dismissal of Shildt — he’s the first Cardinals manager to be fired in an offseason after reaching the postseason, ever, in franchise history — was followed up by a sloppy press conference and unconvincing explanations that had to be tidied up a week later when Marmol was made the youngest manager in the majors.

On field management may not look much different in 2022, but the Cardinals are banking on a little more harmony between the dugout and the front office. John Mozeliak admitted part of his rationale in deciding to let Shildt go was knowing he had Marmol on deck to replace him. It’s his prerogative to fill out the coaching roster as he sees fit, but this might be his last chance to get it right.

A move years in the making, the subtle cajoling and negotiating in both an official and ex parte fashion finally paid off when the Cardinals acquired one of the great third basemen in league history from the Colorado Rockies.

The deal itself was a complicated transaction with so many financial moving parts that it was reported as done long before it actually was and players who were so certain they were in the deal that they started reaching out to supposed new teammates ended up staying put.

Arenado was everything he was meant to be and more in his first year in St. Louis, and wrapped it up by committing to the club for one more season. He has another decision to make at the close of 2022, and regardless of his choice, will certainly write one of next year’s five biggest stories when he chooses.

2. The Cardinals set a club record with a 17-game winning streak, clinching the playoffs with the streak’s last win.

It’s an incredible thing to come to the ballpark every day and know — not think, but know — you’re going to win. That’s the feeling the Cardinals described in September as they ripped through the Reds, Mets, Padres, Brewers, Cubs and Brewers again.

It was an unbelievable stretch of nearly mistake-free ball punctuated by its own highlight reel, and the longest in the NL since the Cubs ripped off 21 in a row in 1935.

Regrettably, the biggest story of 2021 is the one which continues to unfold in real time and envelop the sport, leaving uncertainty on multiple fronts in its wake.

The Cardinals, with so much to celebrate after a return to the postseason, the formation of a new team identity, and a return to something resembling ballpark normalcy, are like all the rest of MLB’s teams, pushing along through the cold winter months while barely acknowledging that their players exist.

The resolution of this story also seems bound for the 2022 list, with hopefully an extended explanation of the problems solved and the gains earned and nary a mention of painful delays or time on the field lost. It’s incumbent on those with their hands on the levers of the game’s power to guarantee that’s the case.