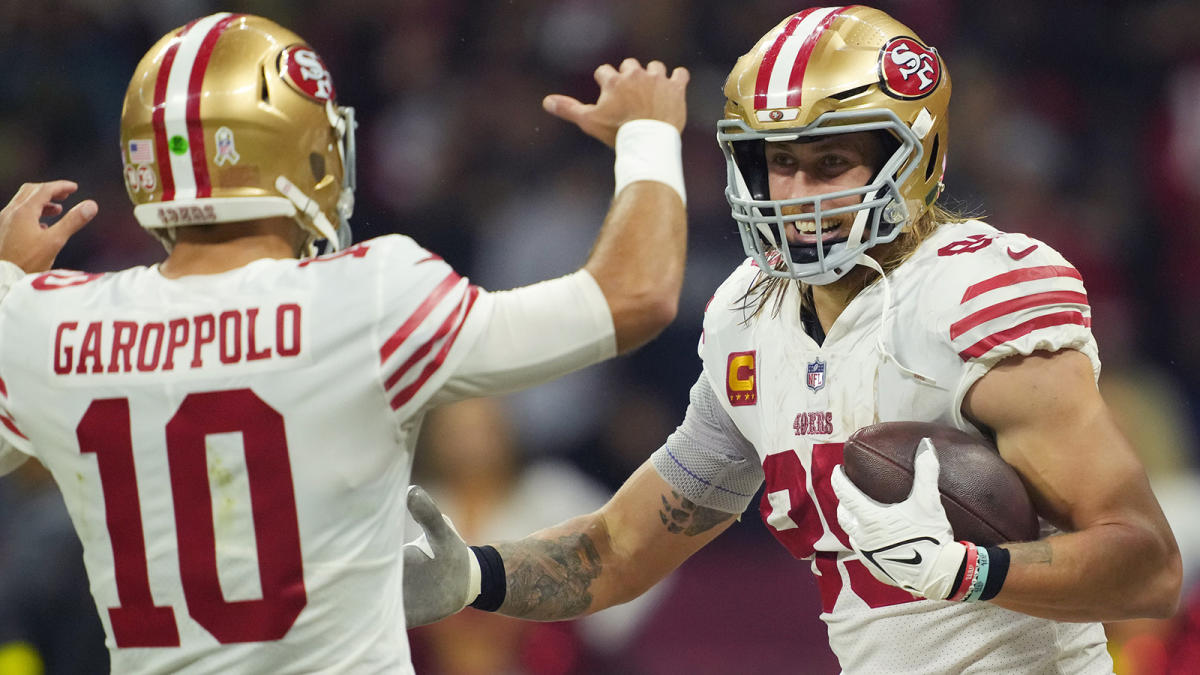 Jimmy Garoppolo is playing the best football of his NFL career. Has he outplayed his staple “Jimmy G” nickname?

Garoppolo, who has steered the 49ers to a three-game winning streak and into first place in the NFC West, earned a pair of new monikers from teammates George Kittle and Deebo Samuel.

“I mean, look,” Kittle said on NFL Network shortly after the 49ers’ 38-10 rout of the Arizona Cardinals in Mexico City. “Himmy Garoppolo is running off the field right now, and I’m going to go join him.”

Samuel waited until Tuesday morning to debut his nickname for Garoppolo.

Garoppolo played excellent at Estadio Azteca, throwing for 228 yards and four touchdowns on 20-of-29 passing. Kittle and Brandon Aiyuk were the recipients of all four scores, hauling in two apiece, and combining for 104 yards. Samuel totaled 94 yards and scored on a 39-yard rush in the third quarter.

Over the last four games, Garoppolo has thrown for 1,006 yards, eight touchdowns and one interception — a passer rating of 115.7.

Garoppolo started the year as the 49ers’ backup quarterback behind Trey Lance but now has the team rolling into the holiday season and looking like a big threat in the NFC.