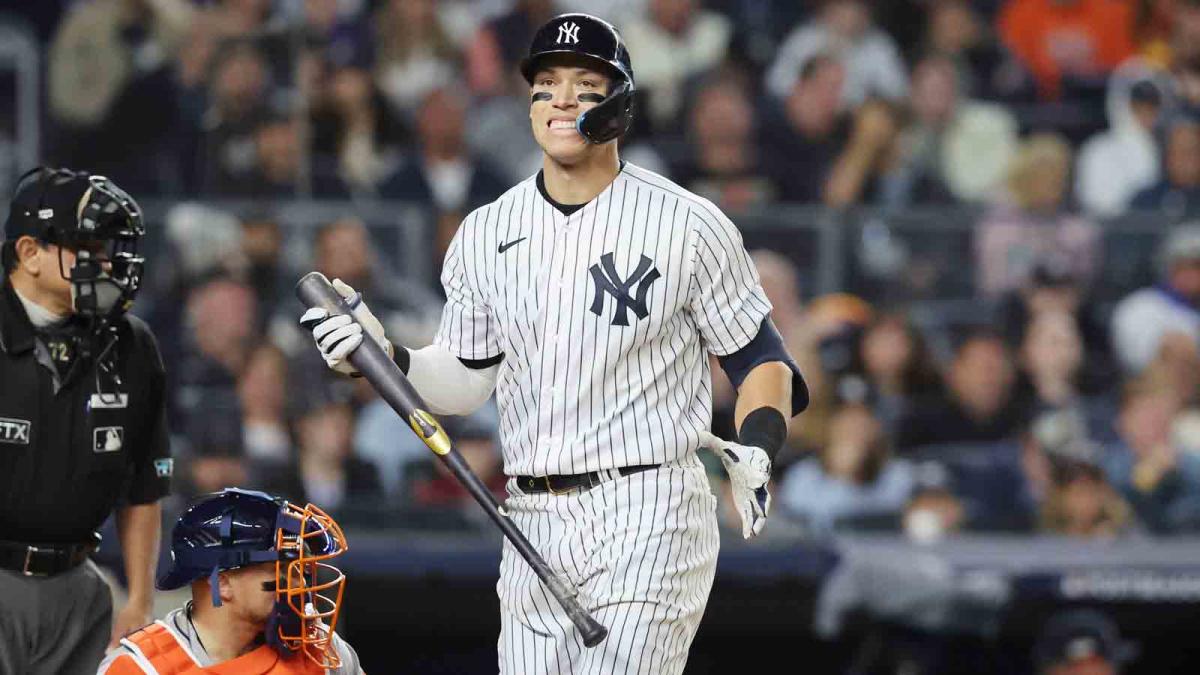 Some key members of the New York Yankees may have worn pinstripes for the final time.

With the Yankees getting swept by the Houston Astros in the American League Championship Series, and having failed to reach the World Series since 2009, change could be on the way in the Bronx. At the center of that shift could be Aaron Judge, who is set to become a free agent after hitting 62 home runs this season.

Judge isn’t the only Yankee who may find himself in a new city and uniform next season. Here are five members of the organization who could be on the move.

Will Aaron Judge remain a Yankee?

The Yankees open the 2023 season in the Bronx against the San Francisco Giants. Just imagine, moments before first pitch, “Now batting for the Giants, No. 99, Aaron Judge, No. 99.”

It didn’t take very long for rumors to start circulating about the upcoming bidding war for Judge. The Giants reportedly are willing to spend “whatever it takes” to land the slugger, a Northern California native.

The Yankees rarely get outbid, especially when it comes to retaining homegrown players. But money might not be the only factor for Judge, who spent six-plus years with the Yankees and turned down a seven-year, $213.5 million contract prior to the start of the 2022 season. After the loss to the Astros, he already was speaking in past tense.

“Getting a chance to wear the pinstripes and play right field at Yankee Stadium, it’s an incredible honor that I definitely didn’t take for granted at any point,” Judge told reporters. “I always check myself pregame and I say a little prayer and I kind of look around the stadium and I kind of pinch myself.”

“Very few individuals get a chance to run on that field and do that and play in front of the fans that support us throughout my whole six years here,” he added. “It was a special time, and I just kick myself for not bringing home that championship for them.”

The Yankees also might lose their second-best home run hitter. Rizzo can opt out of the final season of his two-year, $32 million contract that he signed with the Yankees in March. The 33-year-old first baseman, who was acquired in a trade with the Cubs at the 2021 trade deadline, hit .224 this season, well below his career average of .265. His 32 home runs matched a career best and he drove in 75 runs this season. Might the Yankees tack on another year or two? Might Rizzo return to a Cubs organization where he is part of championship lore? Might Giancarlo Stanton be the Yankees’ top power hitter next season?

The Yankees’ starting rotation mostly will remain intact. Gerrit Cole is locked up long term. Nestor Cortes is due a big raise via arbitration. Luis Severino is likely to have his $15 million option exercised. Frankie Montas is going to get another Bronx audition after being acquired at the trade deadline. Taillon could be the odd man out with Domingo German in position to take over the fifth spot in the rotation at a much cheaper rate.

The 30-year-old Taillon went 14-5 with a 3.91 ERA this season while earning $5.8 million. He has proven himself worthy of a multi-year deal, having remained healthy during his two seasons in the Bronx. A more lucrative offer might come from another team, despite Taillon having expressed his desire to remain with the Yankees. “I loved my time here,” he told reporters after the loss to the Astros. “I would definitely love to come back.”

Benintendi seemed like a rental when he was acquired at the trade deadline, providing a much-needed left-handed bat and contact hitter. But his services were not of use for very long after his season came to an end in early September due to a fractured hand. The 28-year-old outfielder, an All-Star this season with the Kansas City Royals, got off to a slow start with the Yankees and hit just .254 with two home runs and 12 RBIs over 33 games. Free agency will determine how many holes the Yankees have to fill in the outfield, with Harrison Bader currently the only outfielder who appears to be assured of a starting job next season and Oswaldo Cabrera set for his first full season.

Chapman has worn out his Bronx welcome and is one Yankee who seems guaranteed not to return. The 34-year-old relief pitcher had the worst season of his career while making $18 million, posting a 4.46 ERA and losing his closer role early in the season. He then missed a mandatory workout and was left off the ALDS roster, leaving the Yankees’ bullpen even more shorthanded. That’s how his tenure with the Yankees will end.

Which Yankees are going to become free agents?