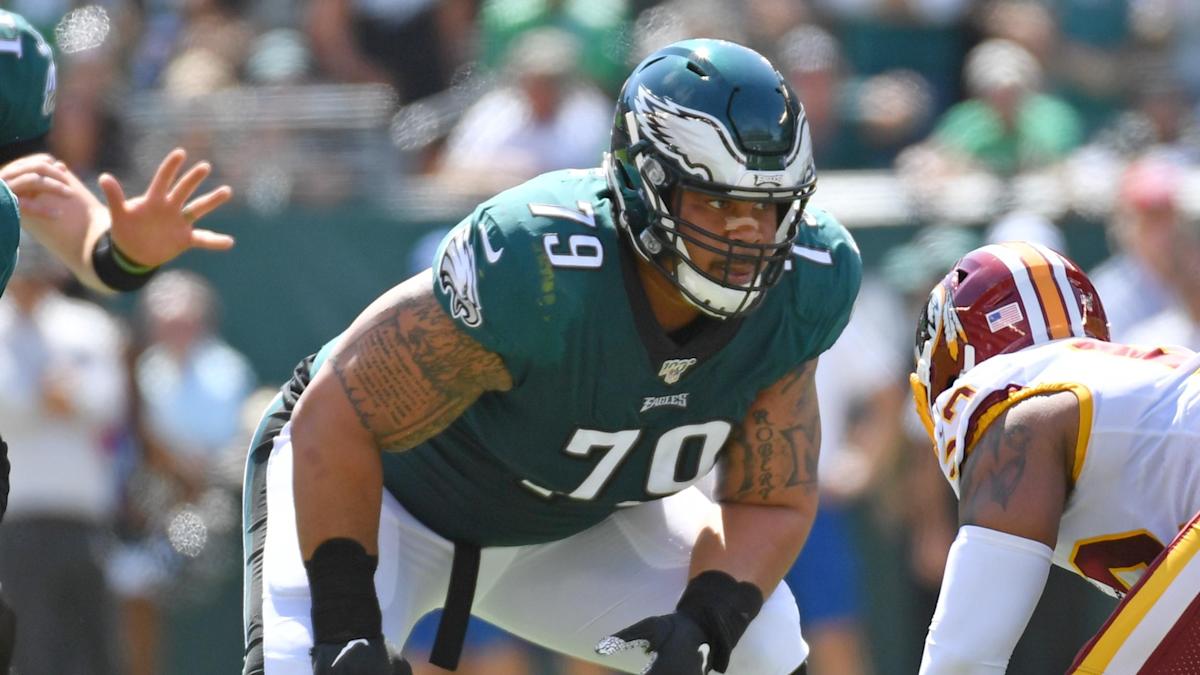 Welcome to the first Roob’s Random Eagles Observations of 2022!

1. I get asked about Brandon Brooks more than anybody on the team. What’s his status? What’s his future? Is he coming back?

Understandable questions. Great player, great guy. Three-time Pro Bowler, Super Bowl starter. It’s been 15 weeks now since Brooks suffered a torn pectoral muscle Week 2 against the 49ers, and he remains on Injured Reserve, and the Eagles haven’t even opened up his practice window at this point.

Week after week, we ask Nick Sirianni about him, and week after week he says “no update on Brandon.” At this point, it’s hard to imagine Brooks returning this year, and honestly it’s hard to imagine him ever playing for the Eagles again. Brooks has played one and a half games since the start of the 2020 season on top of season-ending injuries in the 2018 playoff game against the Saints and before the 2019 playoff game against the Seahawks.

Since Brooks was last a regular starter, the Eagles have added Landon Dickerson, Jack Driscoll, Nate Herbig and Sua Opeta, and if you consider that Isaac Seumalo is also back next year, it’s hard to figure where a 33-year-old, injury-plagued Brooks fits in. Dickerson has to stay at left guard, and Seumalo is going to play somewhere — center if Jason Kelce retires, right guard if Kelce comes back. Even without Kelce and with Seumalo at center, I would expect the Eagles to go with Driscoll at right guard. He’s played at a high level wherever they’ve put him. And Brooks is due $13.4 million next year with a $19.4 million cap hit. If the Eagles cut him, he’d count $15.7 million in dead money, which is a ton, but it’s still a $3.5 million cap savings.

Brooks has been a terrific Eagle, but he hasn’t finished a season healthy since 2017, he turns 33 this summer and he’s played one healthy game since the end of the 2019 regular season. It’s no fun to say it’s time to move on.

2. The last time the Eagles played the same team twice in such a short period of time? In 1960, the Eagles actually played the Giants twice in a row. They beat them 17-10 on Nov. 20 at Yankee Stadium and then beat ’em 31-23 seven days later at Franklin Field. Before that the Eagles had back-to-back games against the Giants in 1949 (24-3 win, 17-3 win). The Eagles went on to win the NFL Championship both years. Just saying.

3. It’s unconventional, but the Eagles’ three-way safety rotation has worked well. Playing fewer snaps has enabled Rodney McLeod to play at a higher level coming off that ACL, Marcus Epps has been productive in his role and Anthony Harris, who’s playing the most snaps of the three, has been decent the second half of the season. It’s a tricky juggling act for Jonathan Gannon but this defense is more effective with the three of them rotating than with any of them playing 100 percent of the snaps.

4. It was 33 years ago Friday night — New Year’s Eve 1988 — that the Eagles and Bears met in an NFC conference semifinal playoff game at Soldier Field, the game that would come to be known as the Fog Bowl.

It was just before the first-half two-minute warning that we saw what we at first thought was smoke from maybe a car fire billowing over the side of the south end of the stadium. By the end of halftime, the stadium was completely enveloped in fog that rolled in off Lake Michigan. While TV viewers watched a white screen for the entire second half, and Verne Lundquist and Terry Bradshaw couldn’t see a thing from the upstairs CBS broadcast booth, the writers were allowed onto the field so we could at least try to see what was happening.

There’s a narrative that the fog cost the Eagles a win, but remember, they already trailed 17-9 at halftime and they actually had plenty of chances to score in the second half. They rolled up 174 yards and 11 first downs in the second half and had three second-half drives inside the Bears’ 20 IN THE FOG that netted three points (interception, field goal, interception).

In all, the Eagles had NINE drives inside the Chicago 25 in the game that generated no touchdowns (four field goals, one missed field goal, one downs, three INTs) and two other non-scoring drives inside Bears territory. The fog didn’t cost the Eagles a trip to the NFC Championship Game that day, tons of mistakes did. I’ll never forget owner Norman Braman standing in a shower stall in the Eagles locker room afterwards blasting the NFL for not postponing the game. But the Eagles had plenty of chances to win. Before and during the fog. And I’ll never forget walking out of Soldier Field into the South Chicago night a few hours after the game on New Year’s Eve. Perfectly clear night. You could see for miles.

5. Assuming Landon Dickerson starts Sunday, this will be the first time in 35 years that at least seven Eagles rookie draft picks have played in at least 14 games the same season. DeVonta Smith, Patrick Johnson, Milton Williams and Tarron Jackson have played in 15 games, Kenny Gainwell and Zach McPhearson in 14 and Dickerson in 13. That’s terrific stuff from this 2021 draft class.

Last time this many rookie draft picks made such an impact was also under a first-year coach, it was 1986, and back then the draft was a 12-round affair, and the Eagles drafted 15 players, and seven of them played in at least 14 games for Buddy Ryan: first-round pick Keith Byars, second-round pick Alonzo Johnson and fourth-rounder Matt Darwin, plus Seth Joyner and Clyde Simmons (eighth and ninth round), Junior Tautalatasi (10th) and Reggie Singletary (12th). The only draft picks who haven’t played much this year are sith-round picks Marlon Tuipulotu (four games) and JaCoby Stevens (no games).

The Eagles’ four-game improvement thus far is the third-largest in the NFL this year. The Cowboys and Bengals have won five more games than last year, the Cowboys going from 6-11 to 11-4 and the Bengals from 4-11-1 to 9-6. I don’t care who was on the schedule. When you double your win total in your first season as a head coach, that’s a heck of a job.

7. How crazy is it that the Linc is currently exactly as old as the Vet was in 1989? By 1989, the Vet was a dilapidated, decrepit, rat-infested, God-forsaken hellhole. Just shows you what’s possible when a stadium is actually maintained.

8. Jalen Hurts Stat of the Week: Hurts has generated 34 touchdowns in his first 18 starts — 21 passing and 13 rushing. Only 22 quarterbacks in NFL history have generated more TDs in their first 18 starts.

10. One remarkable thing about Dallas Goedert’s season is his yards per catch. Goedert is averaging 15.2 yards per catch on 50 receptions, and only five tight ends since 1988 have had a higher average with minimum of 50 catches (Shannon Sharpe in 1997, Antonio Gates in 2010, Vernon Davis in 2010 and 2013, Rob Gronkowski in 2015 and 2017 and George Kittle in 2018). Heck, there are only four WRs this year with 50 receptions and a higher yards-per-catch average. The last Eagles WR to catch 50 passes and average 15 yards per catch was Jeremy Maclin in 2014.