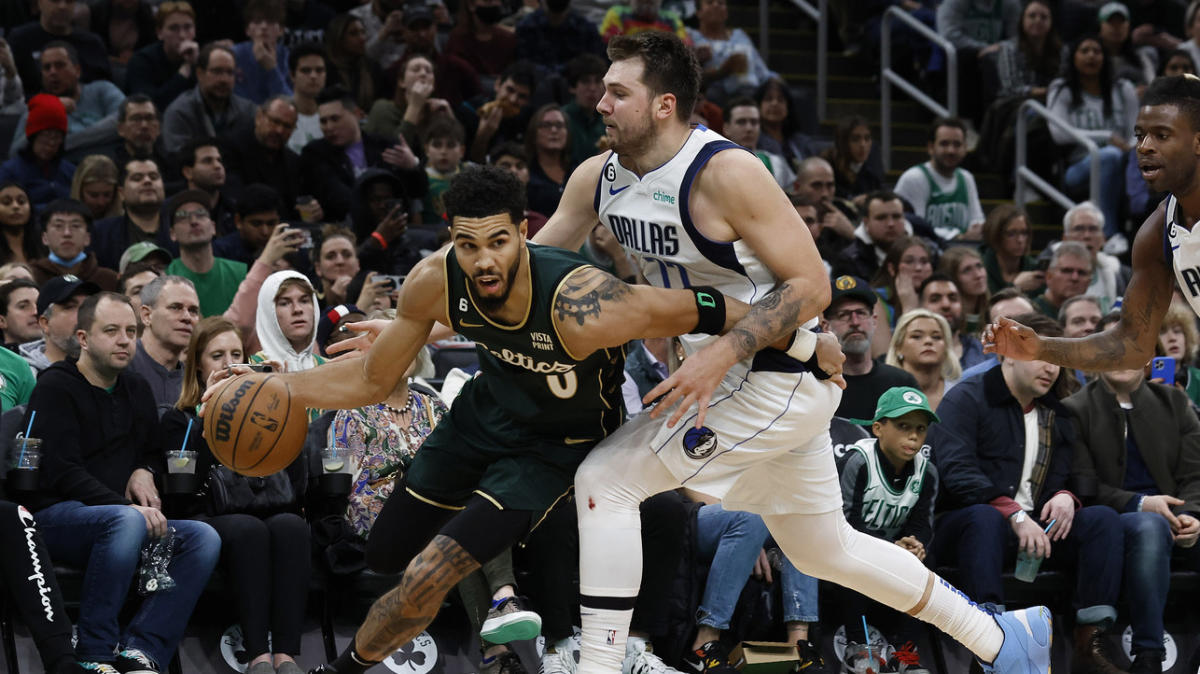 Luka Doncic put on a show at TD Garden on Wednesday night, but it was the Boston Celtics prevailing with a 125-112 win over the Dallas Mavericks.

The C’s erupted for 70 points in the first half. They took a 21-point lead into the third quarter and although the Mavs made it interesting down the stretch, it was too little too late against Jayson Tatum and Co.

Tatum (37 points) went toe-to-toe with Doncic (42 points) in the battle between MVP frontrunners. The difference was Tatum had help from his supporting cast. Jaylen Brown (31 points) helped to support Doncic’s claim that he and Tatum are the best duo in the NBA. Six Celtics players scored in double figures.

Next up for the Celtics is a Friday night showdown with the Sacramento Kings. Here are three takeaways from Wednesday’s victory, which brings their record to 14-4.

Tatum’s status for this game was in question as he was listed on the Celtics’ Tuesday injury report with a left ankle sprain. He was cleared to play less than two hours before tip-off, and the injury didn’t appear to bother him in the slightest.

Most NBA players would be thrilled to finish a game with Tatum’s first-half stat line. The Celtics star entered the half with 23 points, eight rebounds, two assists, and a block.

In the clash of MVP candidates, Tatum made a statement against the odds-on favorite Doncic. He notched his eighth double-double of the season midway through the third quarter. He put an exclamation point on the matchup when he blew by Doncic for a dunk late in the fourth quarter, then rejected at the rim shortly afterward.

Tatum finished with 37 points, 13 rebounds, five assists and two blocks. The 24-year-old once again excelled at getting to the charity stripe and shot 13-of-15 from the line. That continues to be a recipe for success.

Luka Doncic can’t do it all

Doncic did his best to put his team on his back. The NBA scoring leader and MVP frontrunner had a game-high 42 points on 17-for-28 shooting. It was another MVP-caliber performance from the Mavs superstar, but it wasn’t enough to keep up with the more balanced Celtics.

The glaring stat for Doncic: only one assist until the 3:57 mark in the third quarter. The inability to get others involved — something Doncic usually excels at (8.1 assists per game) — was an issue for most of the night. While he finished with nine assists and that helped Dallas rally in the second half, it was far too late.

As the Celtics bounced back from Monday’s loss to the Chicago Bulls, so did Al Horford.

The veteran big man shook off his 0-for-9 performance (0-7 3-PT) and was key to Boston’s win on Wednesday night. In fact, he was perfect. He drilled all four of his 3-point attempts and finished 5-for-5 from the floor.

Horford capped off his night with a clutch 3 that extended the Celtics’ lead to 12 points with 3:23 remaining in the fourth quarter. The 36-year-old added five rebounds, four assists, and a block to help propel Boston to a victory.

It’s clear the off night against Chicago was simply a blip on the radar. So far in November, Horford has scored less than 10 points only twice in 10 games and has shot 55 percent from the floor. He’ll look to keep it going Friday against Sacramento.