It will be another six weeks before quarterback Tom Brady takes the field as a member of the Tampa Bay Buccaneers – when they officially report for training camp – and its likely that will be the first time Tom meets head coach Bruce Arians in person. 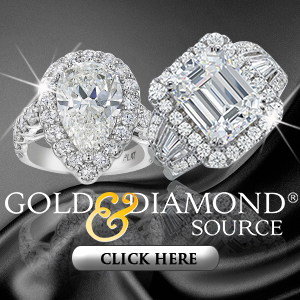 The two of them have had plenty of video conferenced and phone calls, but they’ve yet to get a chance to connect in person. Arians is big on personal relationships, and if you ask any of Brady’s former teammates they’ll tell you the Tom is exactly the same.

You Gotta Risk it For the Biscuit

All Arians’ plays are designed with both a touchdown and an underneath option. He’s known for telling quarterbacks, “If the matchup is right, throw the ball deep. Don’t hesitate, don’t think twice. Don’t ever waste an opportunity to crush the spirit of the defense by completing a long touchdown.”

“Bruce always says, ‘Let’s go touchdown to check down. Let’s read the field deep to short. You can’t throw the ball deep late, so obviously you’ve gotta take your shot if it’s there,’” said former quarterback Tim Couch, who played for Arians when he was the offensive coordinator with the Cleveland Browns from 2001-03.

For Brady, this is a breath of fresh air after hearing critics say he has lost his touch on the deep ball and will struggle to air it out in Arians’ offense.

“He can make all the throws,” Arians said of Brady, who threw for a 43% completion rate in 2019 on passes of 20 air yards or more, compared to a league average of 38%. He also threw seven touchdown passes of 20 or more air yards last year, his most since 2006.

Former Patriots teammate Tedy Bruschi says there’s a reason Brady hasn’t been using the deep ball as much, and its because of the talent that he has had surrounding him.

Brady hasn’t used the deep ball as much later in his career because of the talent he had around him.

“The Patriots had a very complex screen game. Why has he been that when he’s been that? If you look at all the years that he has been that, it’s because it’s the talent that he had,” Bruschi said.

“I think Bruce will really reignite the fire in Tom because, in New England, they were very much ‘intermediate passing’ — short stuff, working over the middle of the field to Wes Welker, Julian Edelman or Rob Gronkowski — they really didn’t have the personnel on the outside to take those deep shots down the field,” Couch said. “But they certainly do in Tampa with the receivers they have,” such as Mike Evans and Chris Godwin.