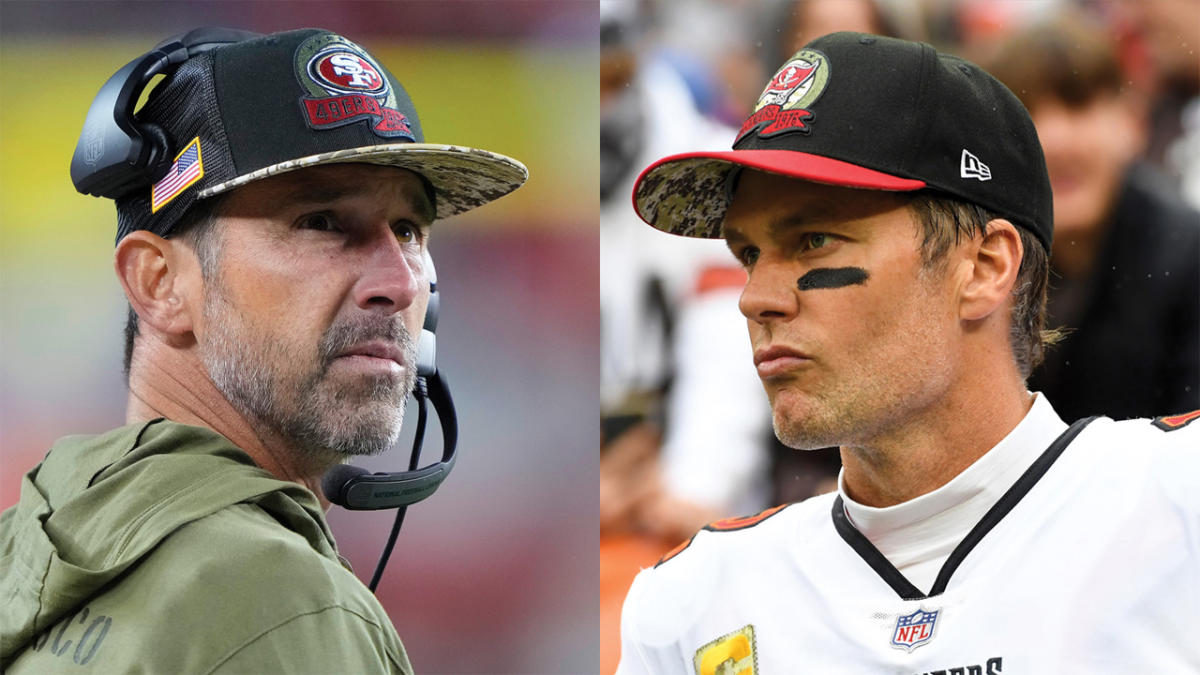 Shanahan on Brady: ‘What the hell was anyone ever thinking?’ originally appeared on NBC Sports Bayarea

SANTA CLARA — The 49ers were coming off a near-miss in the Super Bowl in Jimmy Garoppolo’s first full season as an NFL starter.

Tom Brady, playing his final season with the New England Patriots, was coming off his worst season.

The next season, he would be 43 years old. Garoppolo would turn 29.

The 49ers strongly considered pursuing Brady as an unrestricted free agent before backing off during the free-agent signing period of 2020.

Nearly three years later, 49ers coach Kyle Shanahan admitted he is surprised with how well Brady has continued to play at his age.

“I’d like to say, ‘Of course not,’ but I think everyone’s since then you’re wondering when is the number too high,” Shanahan said. “But when you watch him that first week in Tampa, you’re like, ‘What the hell was anyone ever thinking?’”

Brady signed with the Tampa Bay Buccaneers and immediately led his new team to a Super Bowl title — the seventh of his storied career. In 2 1/2 seasons with the Buccaneers, he has played like a quarterback in his prime.

And the 49ers certainly have reasons to second-guess their decision to pass on Brady, as he and the Buccaneers prepare to travel West for a Week 14 matchup at Levi’s Stadium.

There was an obvious allure for Brady to return to the Bay Area to finish his career.

He went to Serra High in San Mateo last century, and his parents still live in the same house on Portola Drive where he and his three older sisters grew up.

The 49ers opted to remain with Garoppolo. One year later, the 49ers traded up to No. 3 overall to select Trey Lance with the idea he would take over for Garoppolo sooner than later.

The 49ers’ first shot at Brady was in the 2000 NFL Draft. The 49ers targeted the quarterback position, but selected Giovanni Carmazzi of Hofstra in the third round and Tim Rattay of Louisiana Tech in the seventh round. Carmazzi never appeared in an NFL regular-season game.

In between those draft picks, the Patriots grabbed Brady in the sixth round at No. 199 overall.

He has been named to the Pro Bowl 15 times and counting. He is a three-time NFL MVP and a five-time Super Bowl MVP.

And he is showing no signs of slowing down, either. In fact, Shanahan said he believes Brady’s arm is stronger than it was 10 years ago and he has not lost any movement skills within the pocket.

“I think he’s playing as good now and throwing the ball as well now as I’ve seen anybody ever do it,” Shanahan said.

It might be impossible to compare different generations of players because of how the game and advances in training have changed. But, at this point, there is no objective argument that anyone other than Brady is the most-accomplished quarterback in football history.

RELATED: Why McCaffrey credits Purdy for quick transition with 49ers

Oh, by the way, Brady is finishing up the final season of his three-year commitment with the Buccaneers.

He is scheduled to be an unrestricted free agent again this offseason.